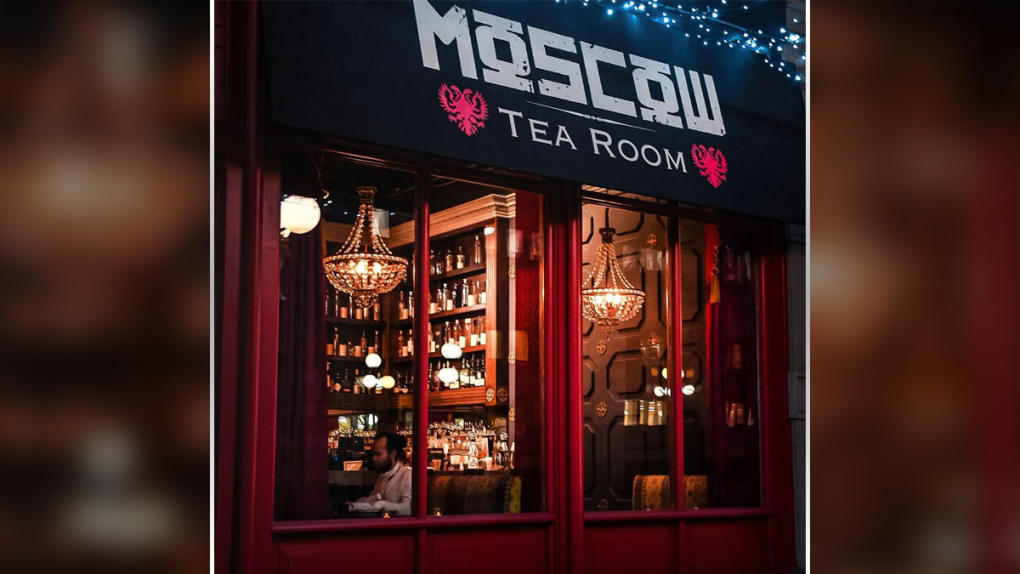 The owner of the Moscow Tea Room says the lounge has become a target of hate emails and phone calls and bad reviews since the start of Russia's invasion of Ukraine.

"We have no affiliation to anything Russian at all," Abbis Mahmoud, president of Dreammind Group, which oversees the Moscow Tea Room, says.

Mahmoud says he didn't expect any attacks against the Moscow Tea Room locations in the ByWard Market and in Toronto when Russia launched its military invasion a week ago, but things have intensified over the past few days.

"They're giving us terrible reviews online, they're sending us really graphic, disgusting images. We got one email that was really disturbing, I never thought in a million years this would happen in Canada," Mahmoud said in an interview on Newstalk 580 CFRA's Ottawa Now with Kristy Cameron.

"I'm going to take out this swearing because there's a lot of swearing in this email – but it basically says, 'Die you Russian pigs. The only good Russian is a dead Russian. Leave the F country while you still can, you Russian pig.'

"I don't have any staff that are Russian."

Recent Google reviews for the Moscow Tea Room in Toronto said, "Don't go here. Send a message to Moscow", and "The name is not a place I would want to take my business to any longer! Perhaps a name change!"

In response to one Google review, the Moscow Tea Room said, "Though our dinner menu takes some inspiration from Eastern Europe, we have no affiliation whatsoever with Russia."

Mahmoud says the locations in the ByWard Market and in Toronto have been getting a lot of calls.

"No one has anything to do with what (Russian President Vladimir) Putin is doing or what the Russian military is doing, and I would probably guess that most of the Russian population in Russia disagrees with what he is doing and they don't have the right to protest."

Mahmoud says the Moscow Tea Room doesn’t buy any products from Russia, and the Russian vodka it uses is actually produced in the United States.

"The only suppliers that we use are local suppliers.  We buy all our local produce, we employ a lot of people locally, we help the economy, we use contractors, cleaners – there's no affiliation to it at all," Mahmoud said.

"The only thing that we could possibly get is Russia vodka, but most of the Russian vodka is made in the U.S."

Last week, the LCBO stopped selling Russian vodka in all stores across the province. In a post on Facebook Friday afternoon, the Moscow Tea Room says it will now be selling a premium Ukrainian vodka called Zirkova Vodka.

Mahmoud says the criticism has affected staff morale, while reservations have been cancelled at the Moscow Tea Room location in Toronto.

"The morale of the staff above all is what's upsetting me because they're taking these really angry phone calls and you know, none of them are Russian," Mahmoud said.

"Even if they were Russian, they have nothing to do with it but they're getting these really angry phone calls and it's pretty sad and pretty disgusting."

Mahmoud says the Moscow Tea Room is planning a fundraiser to support the people of Ukraine.

Are you in Ukraine? Do you have family in Ukraine? Are you or your family affected? Email ottawanews@bellmedia.ca.

How could the war in Ukraine end? Five scenarios to consider

Canadian woman stays behind in Kyiv to help others, spread message of hope in warzone

Russia's oligarchs: Who are they and why are they important?

Federal government warns Canadians against fighting for Russia in Ukraine

What is the Budapest Memorandum and how does it impact the current crisis in Ukraine?