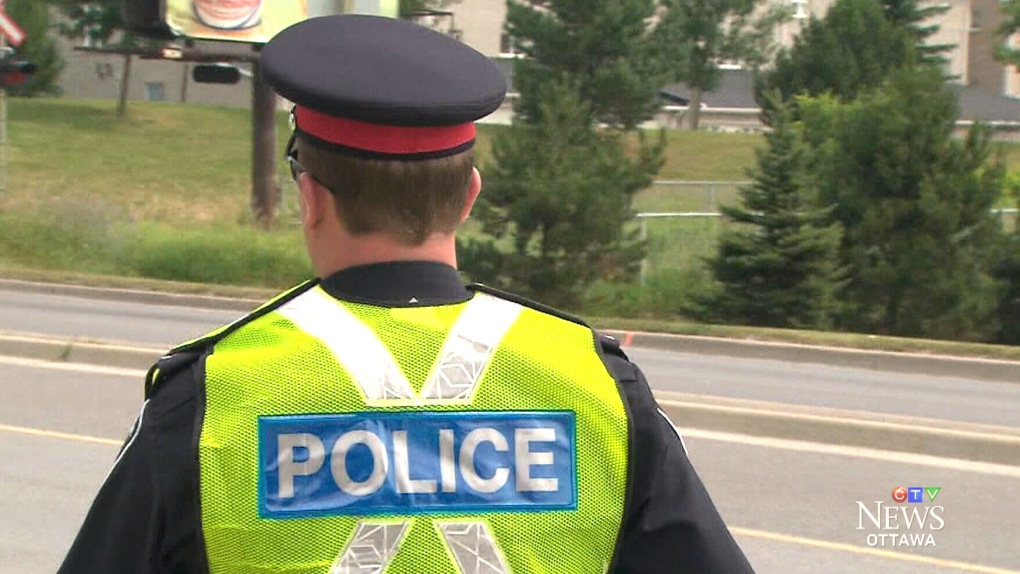 "They were just added to phase one late last week and that had to be communicated to all chiefs of police," he said. "We also had to identify, even within the police officers, which groups. It's only the officers that are on the front line. Any uniformed front-line constable that you or I would see patrolling on the street, those are the ones that are going to be getting it."

The head of the Ottawa Police Association, Matt Skof, told CTV News Ottawa they will prioritize patrol officers first, but he'd like to see a few other officers added to the list.

"We are now looking at our patrol officers, those who are literally out taking calls for service, those are the ones that the service and Ottawa Public Health are declaring as the ones who will receive the vaccinations and we are looking to expand our special constables and dispatchers to that frontline definition," Skof said.

Di Monte said other police service members—such as detectives or members of specialty squads—would be eligible starting in the second phase.

Determining who gets shots and when is a "math game," Di Monte said.

"When we get our batch of vaccines every week, we have to look at the week ahead and say, 'Okay, of those, which ones have to be put aside for second doses?' Often, depending on the week, a lot of that batch is put aside and we can only use what's left over for the next priority group—the 80 and over, we have to make sure we have enough for them—and what's left over from that, then we can give first doses to people like the constables."

AstraZeneca doses could be used for police, health-care workers

The first shipment of the newly-approved AstraZeneca vaccine is slated to arrive in Canada tomorrow. Canada will be receiving 500,000 doses in its first shipment, out of a total two million. Those will then be distributed to provinces, who would then send them to municipalities.

Ontario is set to receive 190,000 doses of the AstraZeneca vaccine this week.

However, more than half of those doses set to arrive in Canada will expire in 30 days, creating a rush to get them used up as fast as possible. Canada's National Advisory Committee on Immunization (NACI) issued new guidance on Monday not recommending the use of its COVID-19 vaccine in individuals aged 65 years and older, due to “the insufficiency of evidence of efficacy in this age group at this time”, despite Health Canada authorizing the vaccine for use in people ages 18 and up.

How many doses of the AstraZeneca vaccine will be delivered to Ottawa is unknown, but Di Monte said they could be used to immunize health-care workers and police officers under 65 who are next in line.

"We'll ensure that those vaccines will be given and they won't expire," he said. "Public health will be advising us on this and the Ottawa Hospital will be working with them, so I'm quite confident that this won't go to waste."

Di Monte said that anyone who is getting a second shot must receive the same product that they had received initially, such as Moderna or Pfizer, but newly-inoculated people may receive AstraZeneca vaccines.

Di Monte said the percentage of health-care workers who have so far received vaccines is "not large", as the province determines the priority list.

"We have a surprisingly huge health-care group here in Ottawa, somewhere in the neighbourhood of 50,000 to 60,000 health-care workers in the city," he said. "Within that group, the province had identified which health-care workers were allowed to get vaccinated and they were very limited."

Highest-priority includes all hospital and acute care staff in frontline roles with COVID-19 patients and/or with a high-risk of exposure to COVID-19, all patient-facing health care workers involved in the COVID-19 response, and medical first responders, such as paramedics and firefighters providing medical first response.

The "very high priority" category includes health-care workers in acute care and other hospital settings, congregate settings such as assisted living homes or prisons, and community care workers with a high risk of exposure.

Di Monte said all of the city's efforts are based on vaccine supply.

"You and everyone can think of any other health-care worker that you know who weren't targeted in that first group," he said. "Even though we've given some 50,000 doses, it's still not that many (health-care workers)."

The city of Ottawa is now accepting appointments for certain groups of the general public, including seniors over 80 and adult recipients of chronic home care in select high-risk neighbourhoods. Indigenous adults 55 and older in Ottawa are also eligible to receive a vaccine as of Monday. Di Monte said he'd love to be able to vaccinate anyone over 80 across the city, but the current supply of vaccines in Ottawa remains insufficient.

As of March 1, Ottawa had administered 50,508 COVID-19 vaccine doses out of the 61,820 it had received. More shipments are slated to arrive in the city this week.