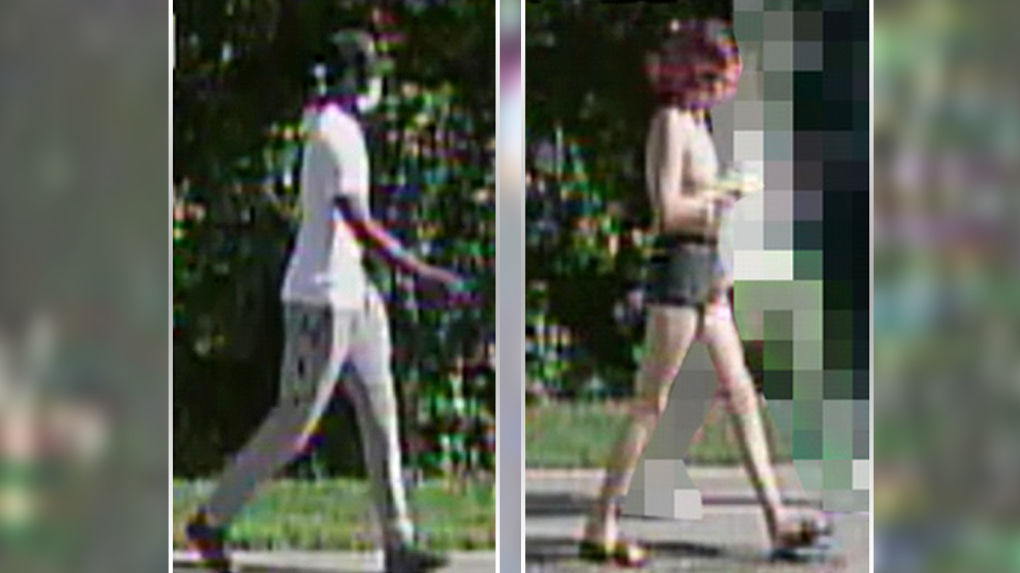 OTTAWA -- Ottawa Police are asking the public for help identifying two "persons of interest" in connection to a murder earlier this week behind an east-end school.

Mohamed Hassan, 21, of Ottawa was found dead behind Samuel Genest high school on Carsons Road Monday afternoon. His body was discovered on a walking path behind the school.

On Thursday, Ottawa Police released videos of two persons of interest that investigators want to identify in connection to the homicide.

The second video features a white woman in dark shorts, light sleeveless top, shoulder length dark hair and flip flops. Police say the male walking by her side in the video with a white t-shirt and orange track pants is not a person of interest.