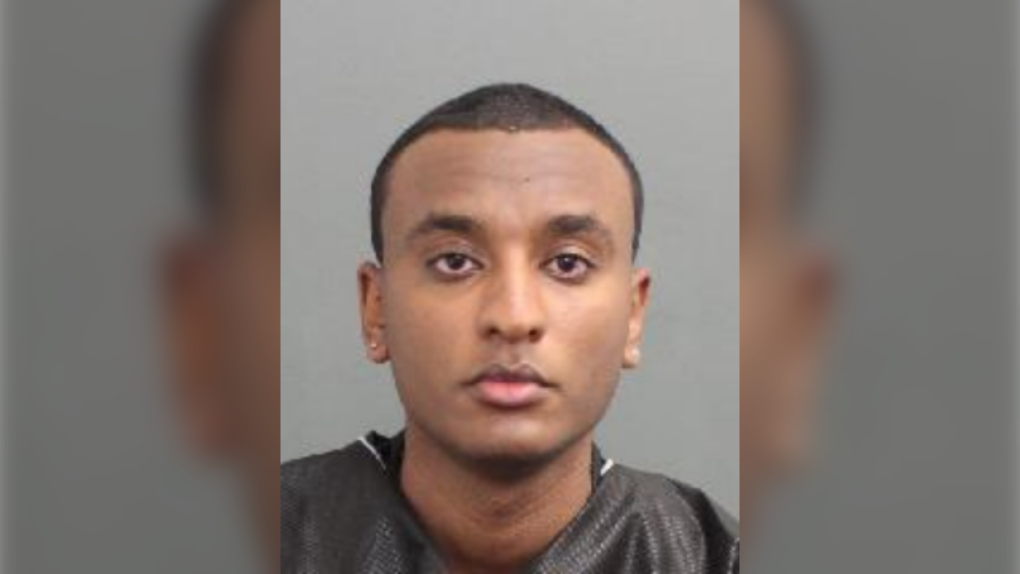 Abel Hailu, 24, has been charged with sexually assaulting a woman near the uOttawa campus on Friday, Oct. 14. Police say they believe there could be more victims. (Ottawa Police Service)

Ottawa police have charged a 24-year-old man with sexually assaulting a woman near the uOttawa campus last week.

Police say a woman was walking near King Edward Avenue and Wilbrod Street around 10:15 p.m. on Friday when a man approached her from behind, forced her into a nearby alley and sexually assaulted her.

Abel Hailu, 24, is facing several charges including sexual assault with a weapon and forcible confinement, according to police.

Police say they believe there could be other victims. They say Hailu was wearing a black medical mask on his face, a dark hoodie, a navy blue windbreaker, dark pants and dark shoes. He was carrying a black and neon green backpack.

Anyone with information is asked to contact Ottawa police or Crimestoppers.