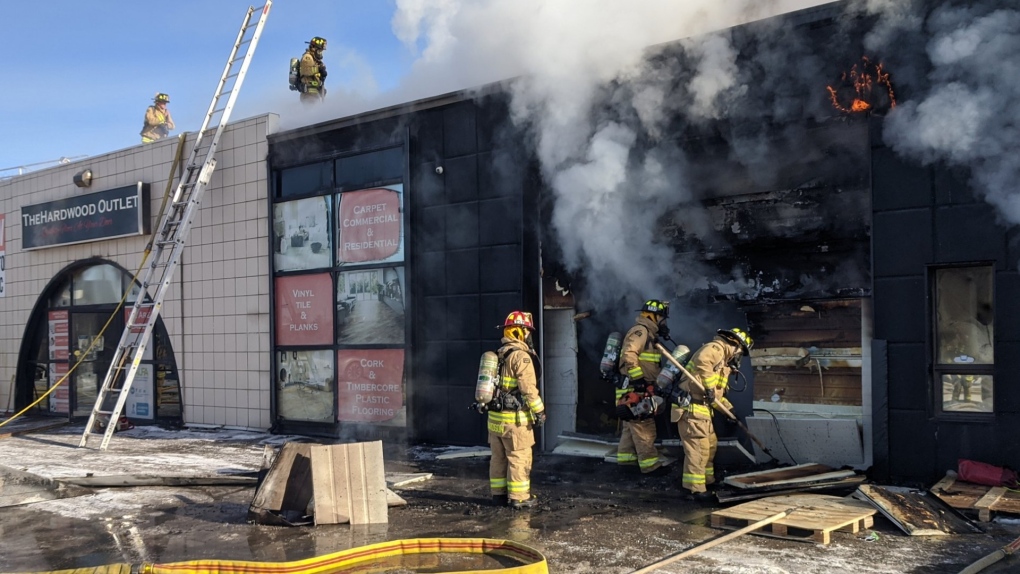 Ottawa firefighters battle a fire in a commercial strip on Colonnade Road South in Nepean. Jan. 8, 2022. (Photo via Scott Stilborn/@OFSFirePhoto/Twitter)

Ottawa firefighters say no one was hurt following a major fire at a commercial row in Nepean.

The fire was in a one-storey commercial strip housing a flooring business. Crews found heavy black smoke across the back of the building when they arrived. Two additional calls for resources were needed to fight the fire.

In a release, OFS said they had requested an OC Transpo bus to help provide shelter on scene in the frigid cold. Wind chills were around -20 or colder at the time of the blaze.

The fire was under control by 12:23 p.m., but crews remained on scene to continue to extinguish hot spots.

Ottawa Fire on scene of a 3-Alarm fire on Colonnade Road South between Merivale RD & Prince of Wales DR. The fire is in a large 1-storey commercial row. Crews had heavy fire conditions on arrival in a flooring business. This is an offensive operation. #ottnews #OttFire #ottcity pic.twitter.com/OwFdylNzT2