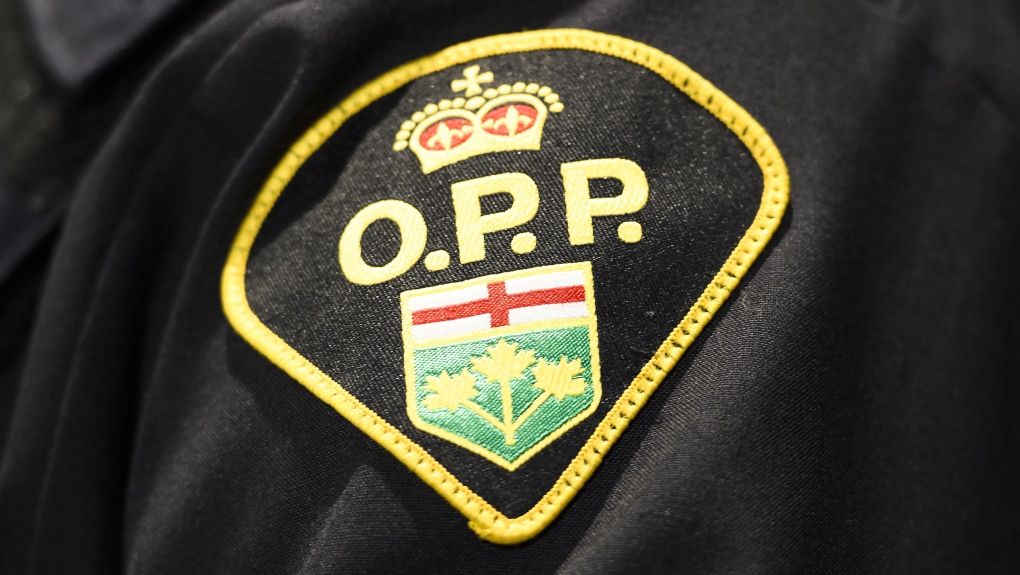 An Ontario Provincial Police logo is shown during a press conference in Barrie, Ont., on April 3, 2019. THE CANADIAN PRESS/Nathan Denette

In a tweet, the OPP said a vehicle in South Glengarry, Ont. was reported stolen at around 3 p.m. Thursday, Sept. 23.

The vehicle was spotted the next morning at around 10 a.m. An officer tried to pull it over, but the driver did not stop. The vehicle was seen about two hours later in Martintown, Ont., where bystanders helped delay the driver until police could arrive.

Police allege the bystanders were threatened and one was assaulted, though no injuries were reported.

The accused cannot be identified under the Youth Criminal Justice Act.