Only one Ottawa restaurant among top 100 in Canada, OpenTable says

Only one Ottawa restaurant among top 100 in Canada, OpenTable says 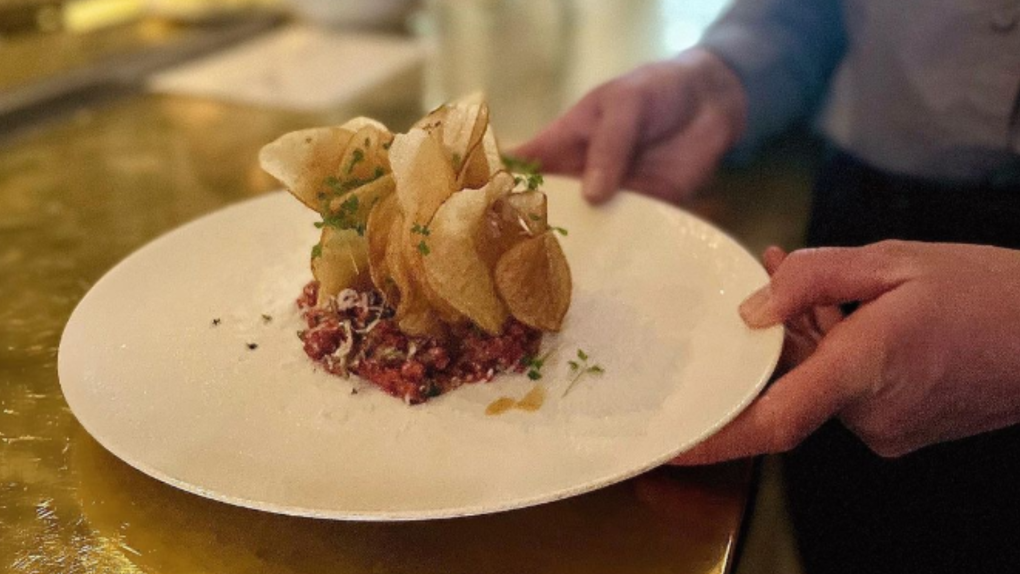 Beef tartare with truffle and potato chips at Riviera restaurant in Ottawa. (Instagram/dineriviera)

Only one Ottawa restaurant cracked OpenTable's annual list of the 100 best in Canada.

Riviera, the popular fine dining restaurant on Sparks Street, steps from Parliament Hill, is the only restaurant in the nation's capital to make the restaurant booking site's annual list 2022 list.

That's despite 48 Ontario restaurants making the cut—nearly half of the list.

Toronto has the most on the list, with 31 restaurants in the top 100. Even Guelph and Oakville—with two restaurants each—topped Ottawa's count.

It's a bit of a fall from grace for Ontario's second-largest city. Last year, four Ottawa restaurants were on the list: Riviera, Atelier, Bar Lupulus and North and Navy.

OpenTable says the list is generated from diner reviews collected between Oct. 1, 2021 and Sept. 30, 2022. A news release from the company said that restaurants with "a minimum overall rating and number of qualifying reviews" were considered for the list.

"All qualifying restaurants were then sorted according to an overall score generated by unique data points, such as overall diner rating, user klout, total number of reviews and regional overall rating," the release said.

There are 23 restaurants from Alberta, 18 from B.C. and nine from Quebec on the list.

Here's OpenTable's full list of the most top 100 Restaurants in Canada for 2022 (in alphabetical order):

Akira Back – Toronto, ON

BLOCK ONE Restaurant at 50th Parallel Winery – Lake Country, BC

Canoe Restaurant and Bar – Toronto, ON

Morton's The Steakhouse – Toronto – Toronto, ON

Tea at The Empress – Victoria, BC

The Bauer Kitchen – Waterloo, ON

The Butchart Gardens - The Dining Room – Brentwood Bay, BC

The Good Earth Vineyard And Winery – Beamsville, ON

Treadwell Farm-to-Table Cuisine- Niagara on the Lake – Niagara-on-the-lake, ON

Zarak by Afghan Kitchen – Vancouver, BC