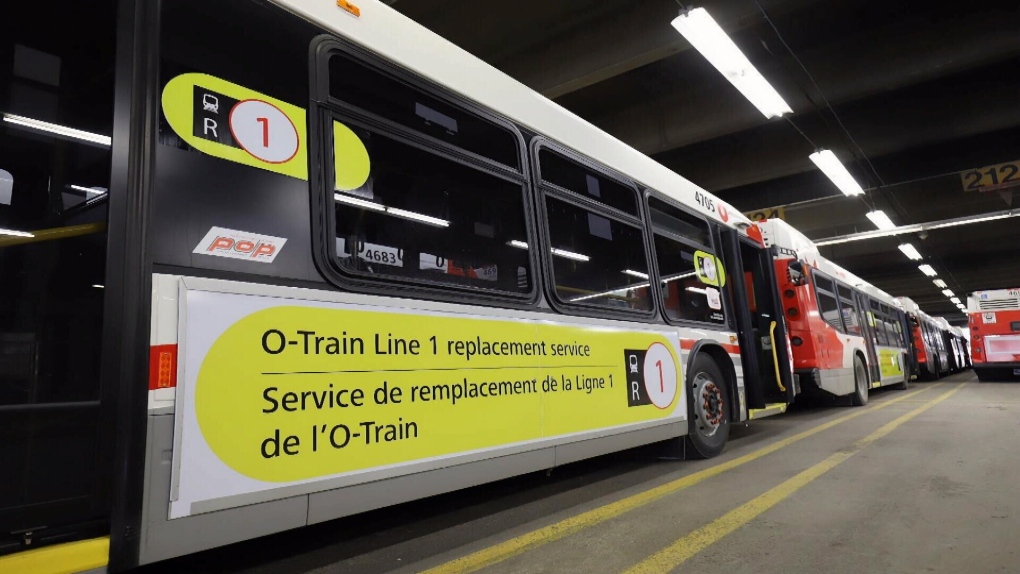 OTTAWA -- OC Transpo is making changes to the extra bus service along the LRT line this week.

Fewer customers have been using the S1 and R1 supplementary buses, said Troy Charter, the city’s director of transit operations.

As a result, the R1 service—usually deployed when LRT trains aren’t running and services stations along the line—isn’t operating on Monday or for the rest of the week, Charter said.

And the S1 service, which runs together with the LRT when there aren’t enough trains, will only operate at peak hours.

“By reducing the number of buses assigned to these supplementary services, there are more buses available to support other routes in the system, which will reduce the number of cancelled trips required,” Charter said in a statement.

There were 13 trains running just after 7:30 Monday morning, which the city refers to as full service.