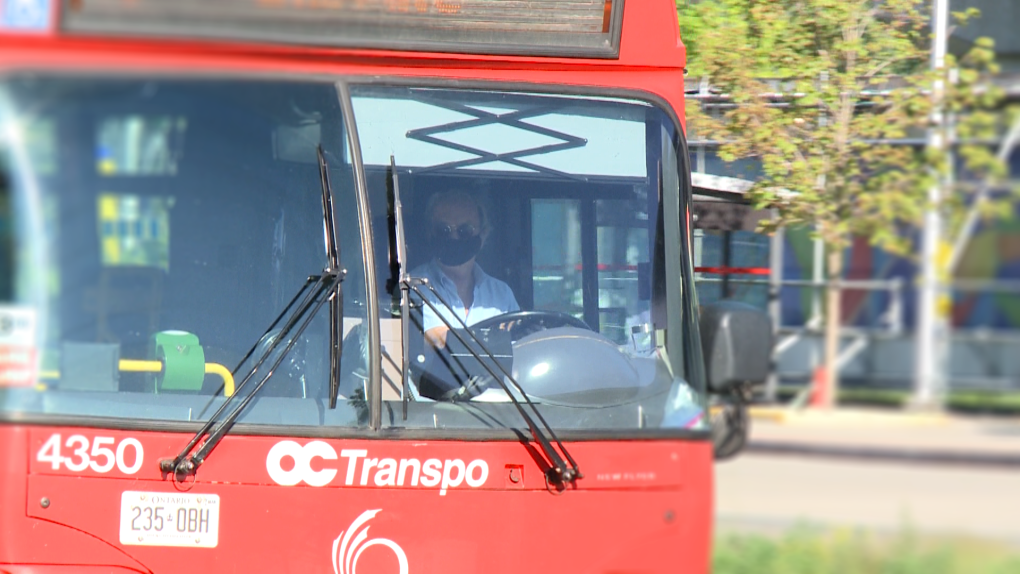 Director of Customer Systems Pat Scrimgeour told the transit commission on Monday that ridership has been rising steadily across the transit system since Step 1 of Ontario's reopening plan on June 11 and it jumped to 29 per cent in July as the province moved to Step 3.

In August, ridership was at 34 per cent of pre-pandemic levels, which was 2.5 times higher than ridership at the start of the pandemic when lockdowns and remote working orders were first implemented.

"The rate of return, up 150 per cent from where we were in May 2020, is very similar to what they're seeing in Toronto and Vancouver," Scrimgeour said. "We're always comparing our ridership to all the cities we can and across North America and Europe, all transit systems are very far below normal ridership levels."

The low ridership on OC Transpo has led to significant shortfalls in the budget. A report prepared for Monday's transit commission meeting showed that the revised estimated revenue loss for 2021 is $132.2 million; more than double what was initially budgeted at the start of the year.

Much of the shortfall is partly covered by $115.3 funding from other levels of government. The City is asking the provincial government asking that funds not applied in 2020 be reallocated to offset 2021 COVID-19 related cost pressures and to fund any additional unfunded deficits.

OC Transpo general manager John Manconi said Monday that one of the concerns OC Transpo has regarding ridership is the lack of a broad plan to return federal public servants to their office buildings downtown and elsewhere in the national capital region.

Many public servants have been working from home since the COVID-19 pandemic began and although a pilot project to return a small number of federal employees to office towers was launched, there has yet to be any significant movement on bringing the thousands of workers back downtown and back to transit.

"We don't see any near future return to work," Manconi said. "To be blunt, we need those customers back to get the ridership numbers up. It's as simple as that. At some point, you're going to have to talk about what do you do, how long do you hang on with the surplus capacity if they don't return any time soon."

City Manager Steve Kanellakos says city staff will be meeting with representatives from the federal government this week and part of the discussion will include a return to the workplace plan.