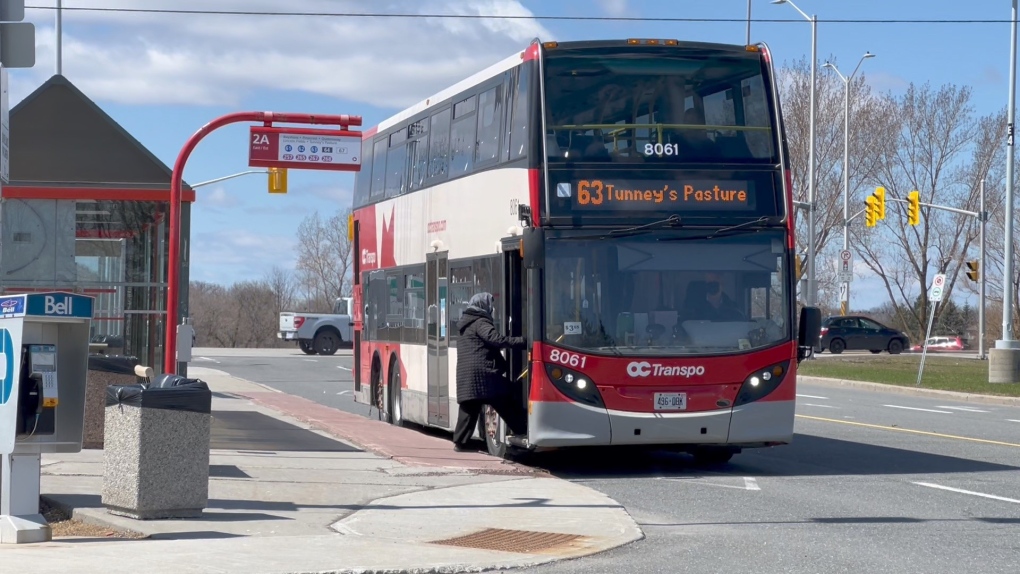 OC Transpo’s ridership dipped in October, a month after achieving its highest level since the start of the COVID-19 pandemic.

New numbers from OC Transpo show there were 5.6 million customer trips in October, 58 per cent of pre-pandemic levels. That’s down from 5.7 million in September, which was the highest figure since March 2020.

September ridership represented 64 per cent of pre-pandemic levels (the service originally said 63 per cent, but said Thursday it has revised that to 64 per cent after more information about U-Pass use).

In a memo to council on Thursday, transit general manager Renee Amilcar attributed the drop to reduced transit use among university students.

“Both uOttawa and Carleton University had their reading weeks in October, which decreased the trip rates for U-Pass holders,” she said. “As the U-Pass is prepaid for the entire semester, the reading weeks do not affect fare revenue.”

OC Transpo revenue was $11.7 million in October, down slightly from $11.8 million in September.

But the ongoing ridership issues have transit advocates calling for an overhaul of the system.

“I think it’s time to have lots of options on the table,” Laura Shantz of Ottawa Transit Riders told CTV News. “Not everyone is travelling from the suburbs to a downtown office five days a week, and going in at rush hour and coming back in rush hour in the evening.”

“We need to think about other destinations that are important to our communities, and how we can provide that really good service that people need, that makes OC Transpo a first choice instead of a last choice.”

OC Transpo is projecting an $85 million deficit this year, largely due to lower-than-anticipated ridership. Earlier this week the Ford government pledged more than $63 million to help cover the deficit.

The beginning of February is expected bring Arctic-like temperatures across much of Eastern Canada, thanks to frigid air from the polar vortex.

A report commissioned by a non-profit organization founded by the late Jean Vanier says the Canadian sexually abused 25 women during his decades with the group.

A six-year-old girl died in hospital Sunday night after being involved in an incident at the Val-Saint-Côme ski resort in Lanaudiere. Quebec police are investigating, though details into the event are not yet known. Officers indicated that it involved a T-bar lift, but they were not able to say more.

MPs on the Procedure and House Affairs Committee are recommending that hybrid Parliament and the electronic voting system become permanent features of the House of Commons.

Bobby Hull once proudly said that he played the way he lived -- straightforward. The Hockey Hall of Famer, who electrified fans through the 1960s and 70s, died on Monday at the age of 84. Hull played for the NHL's Chicago Blackhawks before a jump to the Winnipeg Jets of the upstart World Hockey Association in 1972, a move that led to lawsuits but ultimately higher salaries for hockey players.

Quebec RCMP say they rescued a man over the weekend who became lost in the woods in heavy snow while trying to cross the border into the United States.

Michael Jackson's nephew to star in King of Pop biopic

Michael Jackson's 26-year-old nephew, Jaafar Jackson, will play the King of Pop in the planned biopic "Michael" to be directed by Antoine Fuqua.