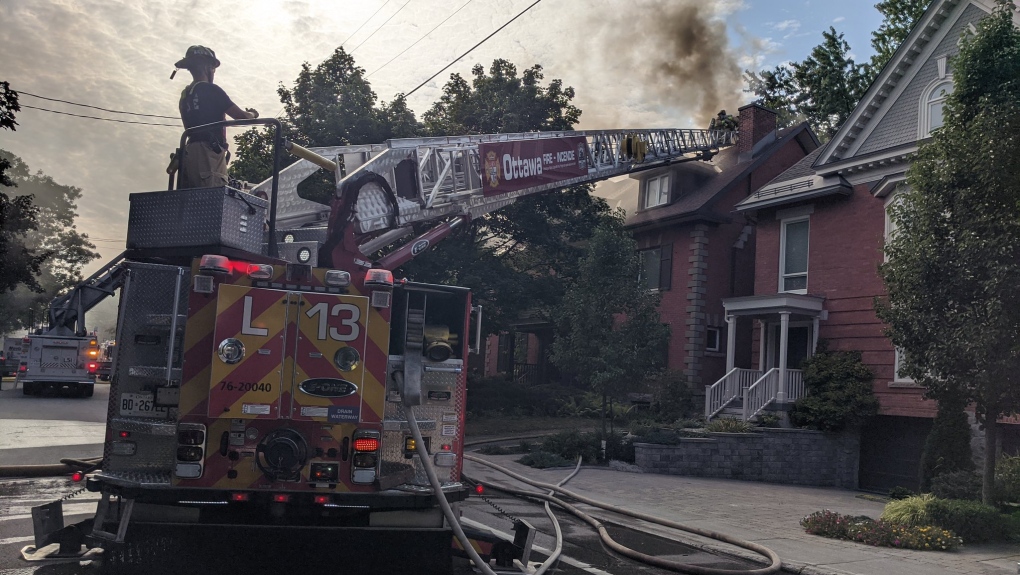 OTTAWA -- Ottawa Fire Services says no one has been reported hurt after a fire broke out in a Sandy Hill home Friday afternoon.

Firefighters were called to a home on Stewart Street between Augusta and Coburg streets at 4:30 p.m. on reports that the roof was on fire. Black smoke could be seen rising from the house.

A second alarm had to be called before the fire was declared under control at 5:12 p.m.