New call for donations to keep 'Cooking for a Cause' 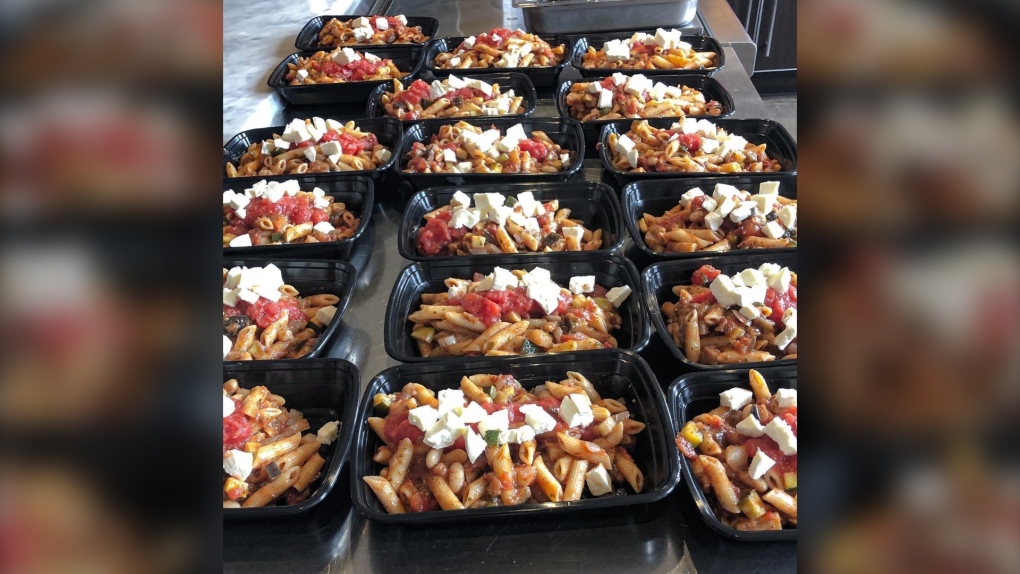 OTTAWA -- Food is one of the areas where the effects of the COVID-19 pandemic are most visible.

Dining rooms have been ordered closed once again. Food bank use has increased. Farmers and other food suppliers have seen their businesses drop.

Yet, one Ottawa charity is working to make sure people have access to good, healthy food and they're helping to keep restaurants afloat during the pandemic to do it.

The Parkdale Food Centre's "Cooking for a Cause" program pays restaurateurs to cook meals that are then delivered to vulnerable residents.

The program has been in place for months and is still going, but the woman in charge says she wants to see it grow even larger.

"When COVID started and everything was shut down, we reached out to our food partners and, although they were shut down, they didn't want to stop cooking," Secord said. "Within a week, I went to the Ottawa Community Foundation and told them, 'I have an idea.'"

That idea was teaming up with restaurants and bakeries to make food and with social services to deliver that food.

"We call this program 'Cooking for a Cause Ottawa'," Second said. "We are now paying 14 restaurants across the city to make food for 23 social service agencies. We're making four thousand meals a week."

"None of our 14 restaurants have had to close up. They're not making money, but they're able to stay solvent," she said. 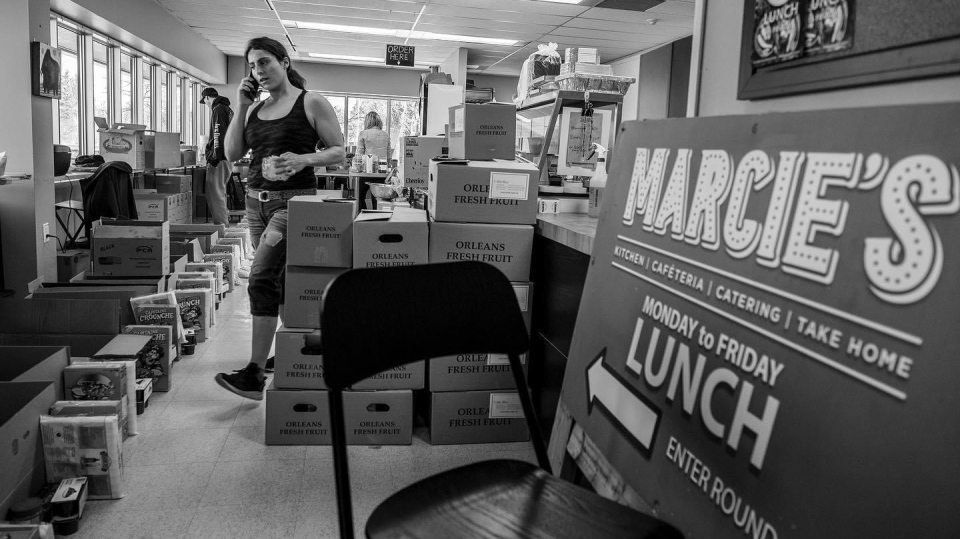 The people who get the food benefit as well.

"For example, Urban Element makes 500 meals a week. Those beautiful meals go hot to Somerset West Community Health Centre. They bring them to the harm reduction services. The people at harm reduction services are getting beautiful, hot meals five days a week. What's happening? What's been reported is that people's wounds are healing better, there are fewer escalations, they're not using the services of doctors and nurses as much and they're gaining weight back to what they were before they started using drugs, so they're feeling better."

The food is also delivered to isolated residents, but it's not just a food delivery, Secord says.

"They're not just delivering those meals. They're doing a wellness check," she says. "It's not just any delivery person. It is a trained outreach worker or a nurse who's doing it, so they're also saying, 'How are you, Mary?' They're having a peek in her apartment to make sure everything's okay because she can't get out and she shouldn't be going out. We've told her, 'Don't go out.'" 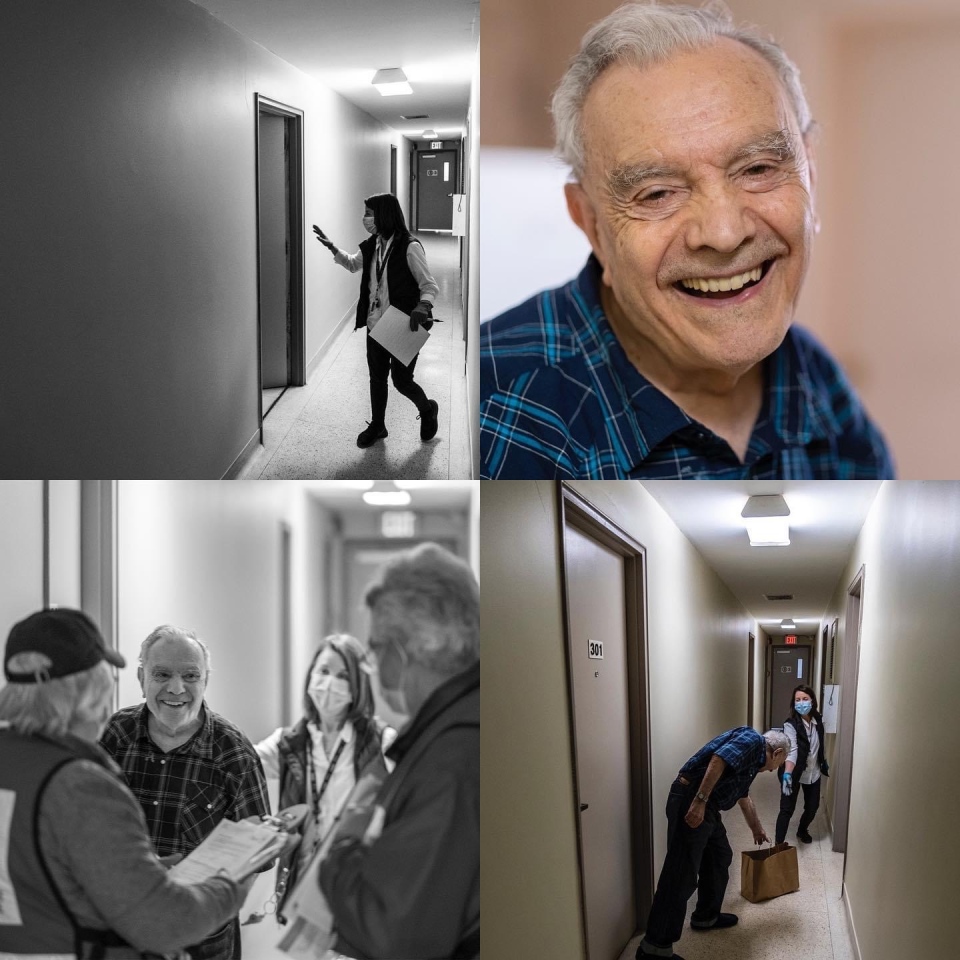 Secord believes the program can be expanded and scaled up to include other restaurants in Ottawa and can even be adopted by other municipalities across Ontario. However, donations are needed to keep it going.

"I have had to literally beg for money to keep this program going," Secord said. "If it weren't for the City of Ottawa helping us, we'd have to close down. We could bring more restaurants on, this is scalable, and it could be replicated across Ontario and across the country," she says. "We could be saving some of these restaurants by giving them work to do with their doors closed. They could be doing what they do best, which is cook, and we could be giving out meals."

Donations can be made at https://parkdalefoodcentre.ca/

Food is a human right and governments have failed

Despite running a food bank and working to provide meals through the "Cooking for a Cause" program, Secord believes governments have ultimately failed their citizens by putting the burden to feed the hungry on food banks.

"In Canada, food is, in fact, a human right," Secord says.

Canada is a party to the United Nations' International Covenant on Economic, Social and Cultural Rights, which includes "an adequate standard of living […] including adequate food, clothing and housing, and to the continuous improvement of living conditions." (Article 11)

It does not mandate that governments feed their people for free, but rather enshrines the right to feed oneself in dignity.

"The right to food includes the right to have access to the resources and to the means to ensure and produce one’s own subsistence, including land, small-scale irrigation and seeds, credit, technology and local and regional markets, especially in rural areas and for vulnerable and discriminated groups, traditional fishing areas, a sufficient income to enable one to live in dignity, including for rural and industrial workers, and access to social security and social assistance for the most deprived. The right to food also includes the right to have access to safe drinking water," the UN Special Rapporteur on the Right to Food, Jean Zigler, said in 2008.

"The idea that both of them were giving food to food banks and thinking they were doing something good is absolutely atrocious," Secord said. "Food banking is a sign that there are people in this country who are hungry and the government has failed them and not met their basic need. They have put this right to food onto charity."

Secord says signs of these failures can be seen in pandemic support payments that have left out the most vulnerable people in society.

"Trudeau says he's going to leave no one behind and then he offers CERB but only to people who have worked. He doesn't offer anything to people who are disabled. That is left to the province," she said. "Mr. Ford, what does he offer them? He offers them $100 a month if you can prove to your worker that the pandemic has affected you. That was temporary."

The federal government included additional support for Canadians with disabilities in their recent Speech from the Throne but, so far, details have not been fully announced. The government also announced a one-time $600 non-taxable payment for Canadians with an existing Disability Tax Credit, which is set to be delivered on Oct. 30.

On Twitter, Secord said "People on ODSP don't want your tins. They want the dignity of being able to purchase the food they need to stay healthy."

This @fordnation makes me so angry!! Stop bringing non-perishable food to food banks. People on #ODSP don’t want your tins. They want the dignity of being able to purchase the food they need to stay healthy. This is shameful self promotion! #raisetherates #basicincome https://t.co/B6XJxrof4E

Secord tells "The Goods with Dahlia Kurtz" that she's spoken to her MPP but has yet to connect with her MP about her Cooking for a Cause program.

"As much as I've tried, I have not been able to talk to Catherine McKenna," she said. "I've talked to Joel Harden and he's done everything to be able to talk to the province about it."

She believes kitchens across the city can be put to good use to help alleviate hunger in Ottawa.

"We have assets in this community. These commercial kitchens are worth a lot of money. The people who work in these kitchens have incredible skills and we should be leveraging that at a time like now."