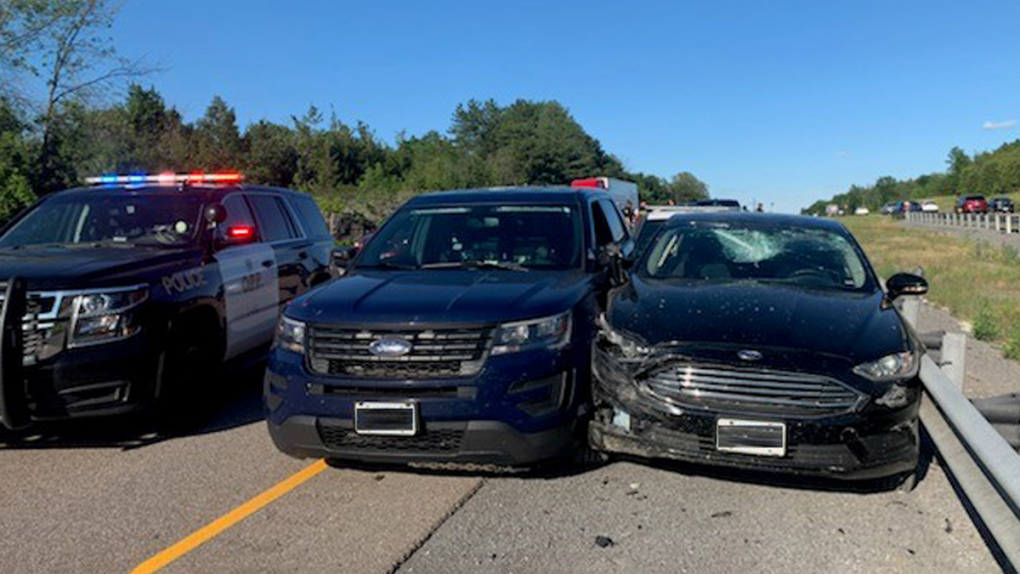 OTTAWA -- Ontario Provincial Police say a 30-year-old Gatineau, Que. man has been charged after being arrested earlier this week in a dramatic traffic stop on Highway 401.

Police say a driver was spotted speeding and passing other vehicles on the shoulder of the westbound 401 at around 5:30 p.m. Sunday

Officers attempted to stop the driver on the highway about 30 km west of Kingston, but police allege the driver rammed the police cruiser. OPP used several cruisers to box the car in and arrest the suspect.

Andre Merilainen-Cayen, 30, of Gatineau, Que. is facing charges of dangerous driving, fleeing police, impaired driving, weapon possession and possession of property obtained by crime, according to the OPP.

The accused was scheduled to appear in court in Napanee on Tuesday.