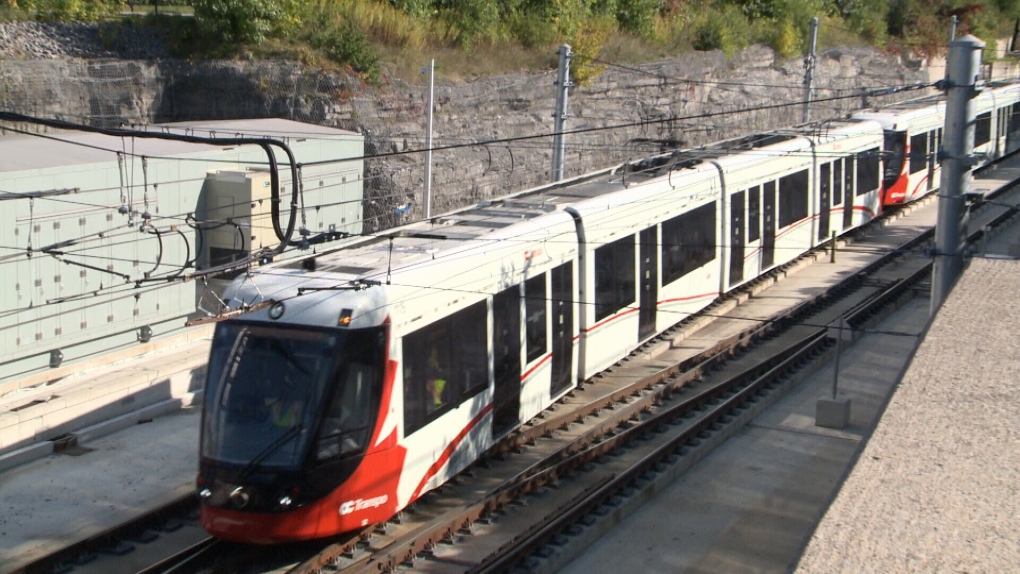 OTTAWA -- Two LRT train cars collided Monday morning in the maintenance yard, but the City of Ottawa says it is not expected to affect the return-to-service plan.

In a memo, Transit Services chief safety officer Brandon Richards said one light rail vehicle in the maintenance facility was towing another as part of regular maintenance operations when, at around 10:30 a.m., the two cars collided, damaging the windshield, the wipers, and exterior panels of both vehicles. The coupler on one of the train cars was also damaged.

An investigation into the root cause is underway. The City also contacted the Transportation Safety Board of Canada, which assessed the incident. No follow up from the TSB is expected.

"This incident has been reported to the Transportation Safety Board of Canada (TSB), and will not have an impact on the O-Train Line 1’s return-to-service plan," Richards wrote.

The Confederation Line LRT has been offline since Sept. 19 following a derailment near Tremblay Station. The City has said they expect service to be restored within the first two weeks of November.

The independent group hired to vet the return-to-service plan is also looking into this latest incident.

"Transportation Resource Associates remains on site and this incident and any remedial actions will be reviewed by them, with recommendations forwarded to the City Manager," Richards said.

Not the first incident at the maintenance facility

Monday's collision was not the first incident at the maintenance facility. There have been three derailments there as well dating back to before the system officially launched.

One train car derailed the morning of May 3, 2019 when one set of wheels left the tracks. A second derailment happened on June 24 of that year, which caused some minor damage.

In November 2020, a train derailed in the connector tunnel near the Belfast Yard, with a wheel leaving the track as the train was moving around the yard.

No injuries were reported in any of the above incidents.