Lansdowne won't be ready for CFL football until 2014 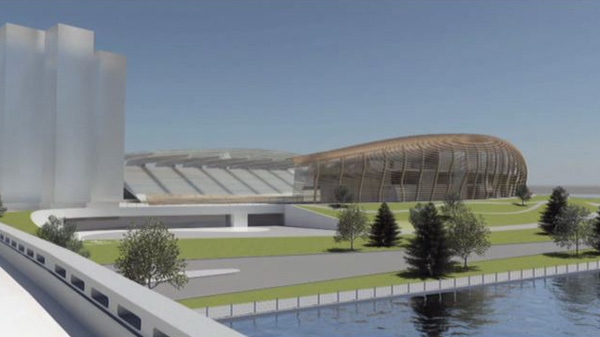 An artist's rendition of the redeveloped stadium at Lansdowne Park.

A recent court case over the redevelopment of Lansdowne Park has delayed the entire project by two years, which means the renovated stadium won't be ready for CFL football until 2014.

A massive report detailing the timeline for the project was given to city councillors on Thursday, confirming the delay for pro sports at the site.

While the timeline to complete the entire project has been delayed until summer 2015, the football stadium should be ready for CFL football by June 2014.

"We've got to get our plans right and I think everybody has to continue to exhibit patience so that we get it right and not cut corners just to finish off the project quickly," said Roger Greenberg with the Ottawa Sports and Entertainment Group (OSEG).

The delay was announced after a community group called Friends of Lansdowne took the city to court over the redevelopment plans, arguing that the city sole-sourced the project.

"We're one of those fortunate countries in the world, where we're not a dictatorship," said Ian Lee with Friends of Lansdowne. "We do have rule of law where if you don't agree with the government, you can take the government to court."

A provincial judge sided with the city last month, ruling the city didn't break any rules when it awarded the contract to the OSEG.

Lee said his group will decide by Friday, August 19 if they will appeal that decision.

For now, construction on the stadium and parking garage at the site is scheduled to begin in June 2012. Work on the urban park is expected to begin in January 2014. The entire project should be complete by summer 2015.

"It's by far and away the most complicated project I've been involved in my 30 years of real estate experience," Greenberg said.

With a report from CTV Ottawa's Norman Fetterley