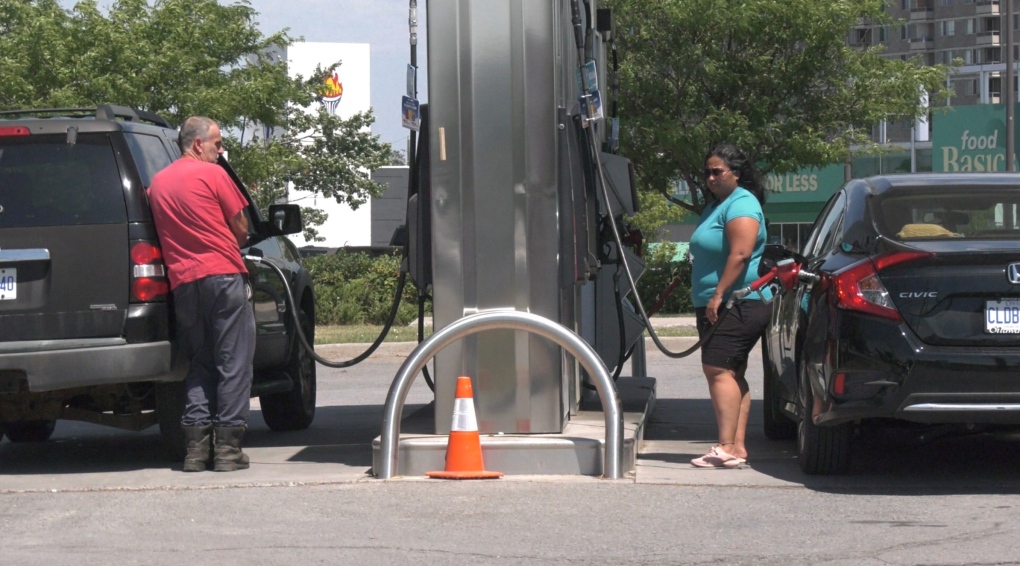 Motorists fill up the gas tank at a Petro Canada on St. Laurent Boulevard in Ottawa on Saturday. (Colton Praill/CTV News Ottawa)

Ottawa motorists will find some relief at the gas pumps this weekend, as prices drop to the lowest levels in more than three months.

Gas prices are expected to drop 20 cents a litre at stations in Ottawa and across Ontario by Saturday morning.

President of Canadians for Affordable Energy Dan McTeague says gas prices will drop another six cents a litre on Friday, followed by an eight cent a litre decrease on Saturday.

"Score on the score. By waiting until Sat to fill up you will score a 20 ct/litre savings since Thurs at the pumps," McTeague said on Twitter.

Gas prices are expected to drop to 159.9 cents a litre at stations in Ottawa on Saturday.

SCORE ON THE SCORE

Gas briefly dropped to $1.68 a litre on July 23, before a seven cent a litre increase in prices. According to ottawagasprices.com, the average price of gasoline in Ottawa was around $1.61 a litre in mid April.

Prices reached a record $2.15 a litre in mid-June, but have been on the decline amid a drop in demand and rising fears about a recession.