OTTAWA -- Bar and restaurant patios will open in Ottawa on Friday morning as Ontario enters Step One of its reopening plan.

The city confirms patios will be allowed to open at 12:01 a.m. Friday morning, and serve alcohol until 2 a.m.

Up to four people may sit at each table on a patio, unless its members of the same household.

Here's a look at the rules for food and drink establishments starting Friday.

Indoor dining and buffet-style service will not be permitted.

Last call at patios, including those set up on city of Ottawa streets and sidewalks, is 2 a.m. seven days a week.

In a memo to council, city staff said the province’s plan no longer requires food and drink establishments to close by a certain hour.

"Effective June 11 at 12:01 a.m., these businesses will be permitted to remain open for outdoor dining and alcohol service until 2 a.m., in accordance with their liquor licence and the Right of Way Patio Bylaw."

In March, council approved a 2 a.m. last call on all city patios this year.

Under Step One, no more than four people are permitted to be seated together at an outdoor table.

The city of Ottawa says more than four people are permitted to be seated at the same outdoor table if they are members of the same household, and/or a member of up to one other household who lives alone. 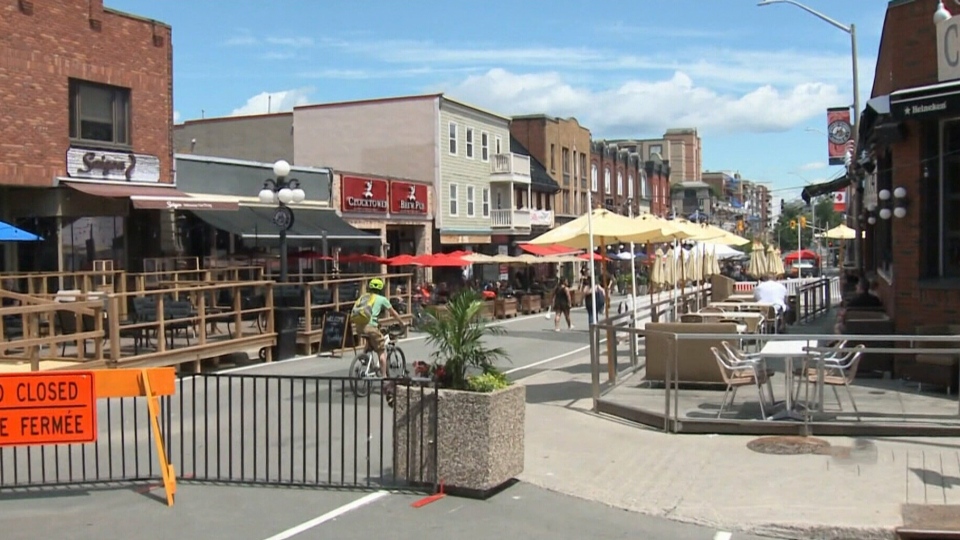 The city says patrons must remain seated at all times in any outdoor dining area except:

The outdoor dining area must be configured in a manner to ensure that patrons seated at different tables are separated by a distance of at least two metres, or plexiglass or some other impermeable barrier.

Masks must be worn when entering, exiting or walking through the establishment (i.e. when getting up from seat to go to the washroom or to pay).

The city of Ottawa says establishments must record the name and contact information of every patron that enters the establishment, unless the patron temporarily enters to pick up or pay for a takeout order.

Names and contact information must be kept for a period of at least one month and must only be disclosed to the medical officer of health or an inspector under the Health Protection and Promotion Act on request.