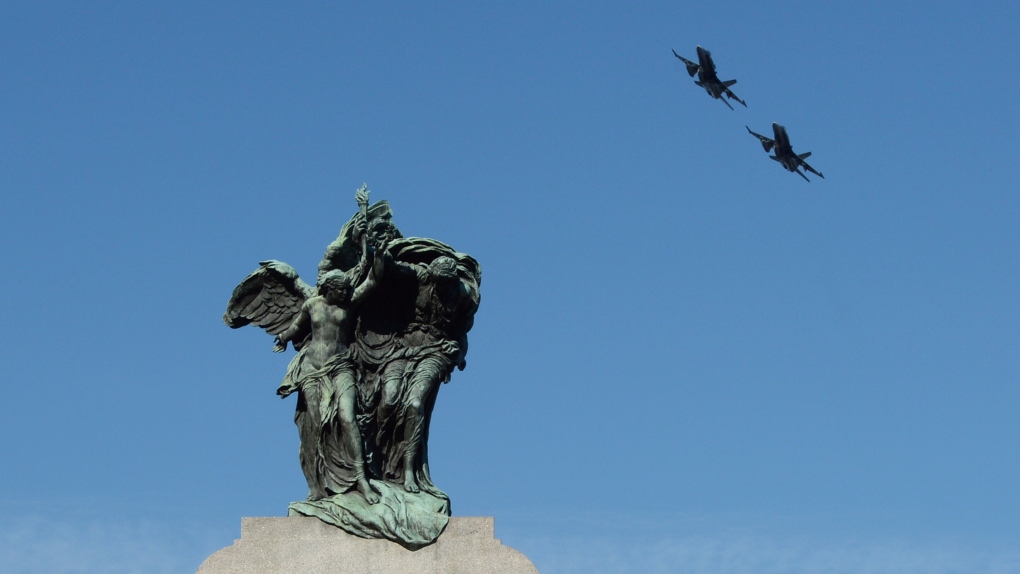 CF-18 jets fly over the National War Memorial during the Remembrance Day ceremony in Ottawa on Tuesday, Nov. 11, 2014. (Sean Kilpatrick / THE CANADIAN PRESS)

The Department of National Defence says teams are working to ensure the Canadian Forces Snowbirds will be able to fly for their Canada Day performance in Ottawa. A technical issue discovered earlier this month has grounded the aerial acrobatic team until further notice.

“The Snowbirds and the CAF teams are working hard to get the team back in the air for Canada Day,” DND said Friday.

The flyovers are just two of many ways Canada Day will be celebrated in Ottawa. CTVNewsOttawa.ca has a full rundown of celebrations in the nation’s capital.

Tracking active wildfires around the world

TripAdvisor ranks the best Canadian excursions, according to travellers

TripAdvisor has ranked the best excursions in Canada, according to travellers. The activities include driving an ATV through the wilderness of B.C., exploring snow-blanketed caves in Alberta, and whale-watching in Newfoundland and Labrador.