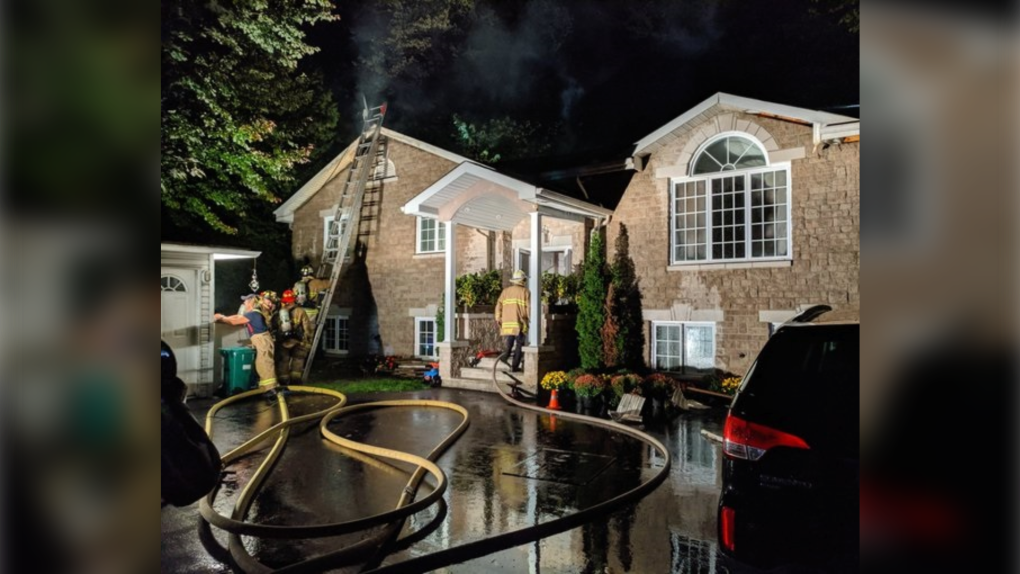 Ottawa Fire says no one was hurt after an evening fire at a home in Blackburn Hamlet.

Several 911 calls reported flames coming from a home at 3030 Innes Rd. at around 8:00 p.m. Thursday. One person was still in the home trying to fight the fire when the first calls came in.

When firefighters arrived they were able to help the homeowners salvage some belongings. The fire was declared under control just after 8:30 p.m.

A cause has yet to be determined.

The Red Cross has been called in to help the family.