Dog rescued from rollover 'shaken up but uninjured'

Dog rescued from rollover 'shaken up but uninjured' 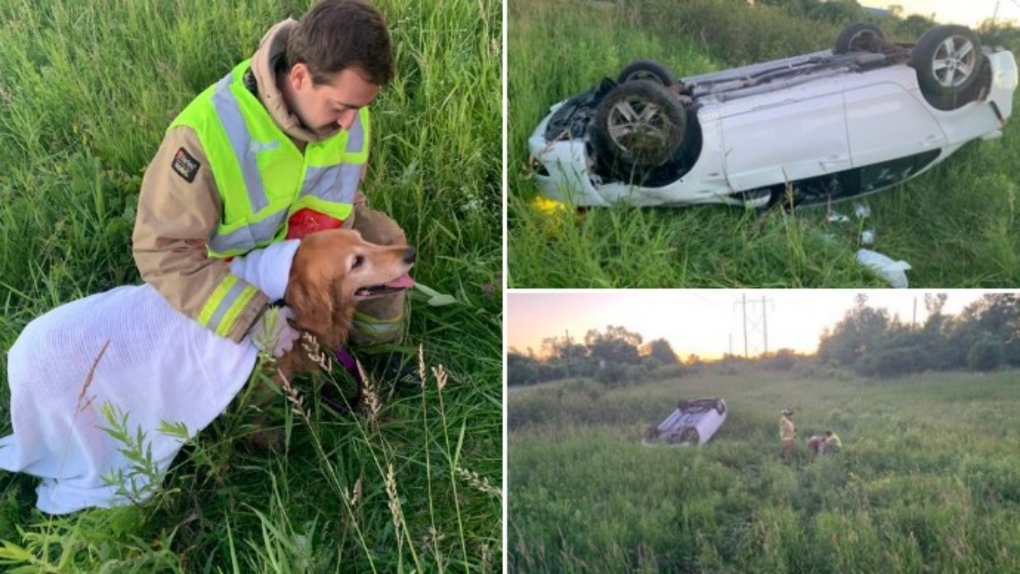 Ottawa firefighters helped comfort a dog who was along for the ride in a vehicle that rolled over in the Greenbelt Saturday, June 18, 2022. The driver was transported to hospital with minor injuries. (Ottawa Fire Service/Twitter)

A driver suffered minor injuries in a rollover in the eastern Greenbelt and firefighters helped care for a special passenger.

The driver’s dog was safely removed from the overturned vehicle, Ottawa Fire Services said Sunday, and cared for until transportation could be arranged.

The crash happened at around 8:45 p.m. Saturday in the area of Russell Road and Ramsayville Road. The driver was transported to hospital, while firefighters stayed behind to keep the dog safe until it could be returned home.

The dog was “visibly shaken up but thankfully uninjured,” according to OFS.

While on the scene, firefighters also put down absorbent to catch any leaking fluids from the car.

What caused the driver to crash is unknown.

The driver had their dog with them who was visibly shaken up but thankfully uninjured.🦮

Firefighters removed her safely from the scene & cared for her until transportation could be arranged.🧑‍🚒#OttNews pic.twitter.com/zk5F7hV2VJ