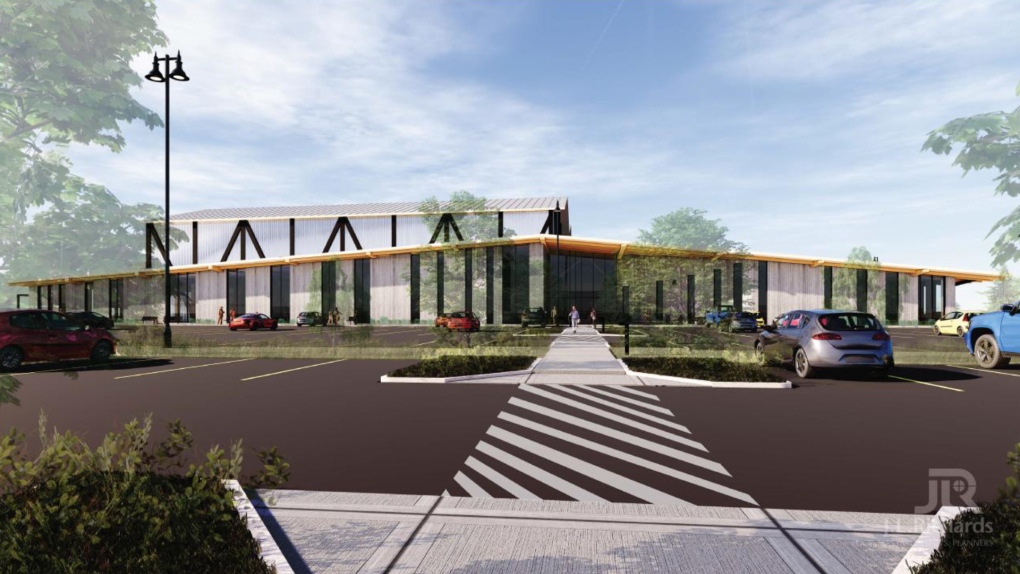 A rendering of a proposed new film hub in the city's west end. The city's finance and economic development committee approved a $40-million loan for the project on Monday.

OTTAWA -- Ottawa councillors have approved a $40-million loan for a new film hub in the city’s west end.

The finance and economic development committee approved the proposed 30-year loan to the Ottawa Film Office on Monday.

The money would go toward building a state-of-the-art facility with several soundstages on Woodroffe Avenue south of Hunt Club Road, near the Nepean Sportsplex.

The Ottawa Film Office, a non-profit, is teaming up with TriBro studios, a studio production company that operates a 200,000-square-foot soundstage facility in Toronto.

A city staff erport says TriBro currently has financial obligations related to a new multi-billion-dollar complex in Pickering. If the company had to finance the Ottawa facility themselves, it would delay the project by two to three years.

“This delay would result in the loss of over $100 million in unrealized economic activity,” the report says.

The National Capital Commission owns the land, which is in the greenbelt. It will lease the land to the film office, which will sublease it to TriBro Studios.

Once the city’s loan has been fully repaid, TriBro will have the option to acquire the facility for a nominal fee.

City council must still approve the loan when it meets on March 25.