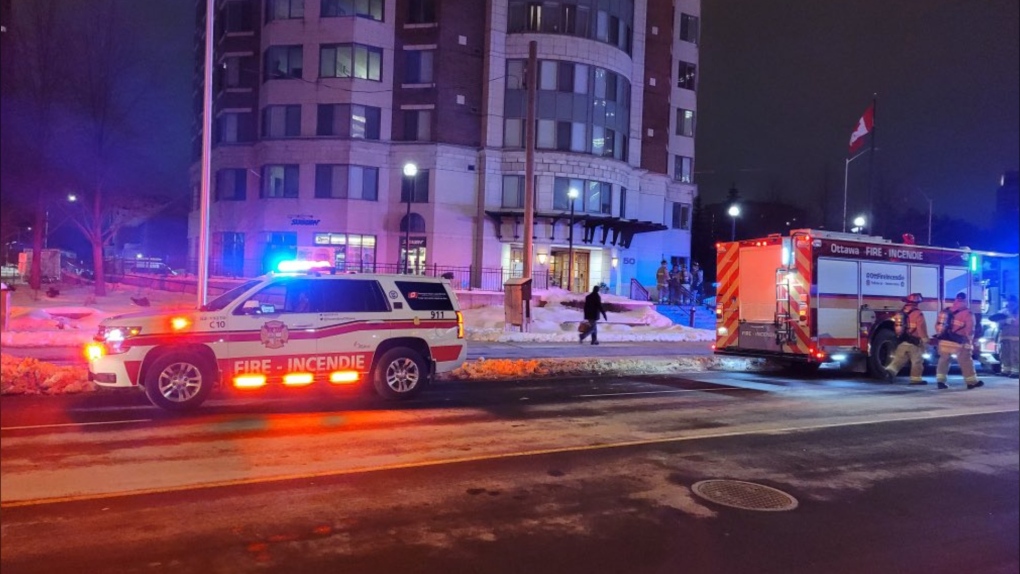 Residents of an Ottawa highrise had to evacuate the building overnight Wednesday after a carbon monoxide scare. (Ottawa Fire Services)

Residents of an Ottawa highrise had to evacuate the building overnight Wednesday after a carbon monoxide scare.

The entire 16-storey building had to be evacuated. Residents took shelter at a uOttawa building nearby and on OC Transpo buses brought to the scene.

A faulty HVAC unit on the roof of the building was the source of the CO, fire officials said. Fire crews remained on scene for two-and-a-half hours and ventilated the building. They also shut down all the building's HVAC units and tagged them for service.

Residents were back in the building around 6:30 a.m. No one was reported injured.