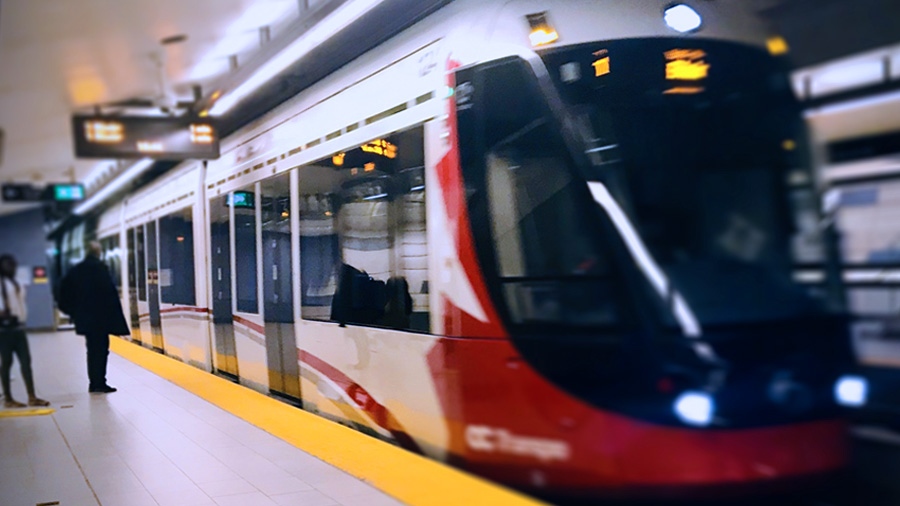 OC Transpo is declaring Canada Day service on the Confederation Line, buses and Para Transpo "a success", as tens of thousands of people took advantage of free transit to travel around Ottawa.

Friday was the first Canada Day with in-person events for the Confederation Line since it opened in 2019, and one of the biggest tests of passenger volume on the light rail transit line since the start of the COVID-19 pandemic two years ago.

"I am very proud to let you know that bus, train and Para Transpo service all ran very well yesterday, and we were able to move large volumes of people in short amounts of time," Amilcar said.

The O-Train ran with service every five minutes or less for most of the day, with 15 trains in operation during peak volumes running every three to four minutes at stations.

"The plan to return people home after the fireworks was implemented as designed and worked very well," Amilcar said.

"Staff at the stations helped customers get where they needed to go, managed queues and within 45 minutes to an hour, the majority of those celebrating Canada Day at LeBreton Flats were well on their way home. During these return trips, all 15 trains were in operation on Line 1 and ran every 3 to 4 minutes."

In a statement to CTV News Ottawa earlier in the day, Director of Transit Services Delivery and Rail Operations Troy Charter said the transit service "was successfully able to move tens of thousands of residents and visitors."

"OC Transpo worked collaboratively with its partners to support the safe movement of residents."

Charter says the Pimisi station was temporarily closed for a short period Friday evening, "to assist with crowd management as customers were arriving for Canada Day activities at LeBreton Flats."

The Canada Day passenger volume follows two years of work-from-home requirements and COVID-19 restrictions that meant fewer passengers on the O-Train. Over the course of the last two years, OC Transpo has worked with Rideau Transit Maintenance to address issues with the $2.1 billion system since the launch, and following two train derailments last summer.

The Transit Commission was told on June 15 that the O-Train ran at 99 per cent in May and 100 per cent over the first eight days in June. In May, ridership on the O-Train and OC Transpo buses was 50 per cent of pre-pandemic levels.

OC Transpo issued a couple of messages on Twitter Friday asking riders not to hold open the door. OC Transpo operator Ken Woods tweeted there was one door fault involving a rail car on Canada Day, but the delay was "pretty short."

In addition to 15 trains on the O-Train during peak periods, OC Transpo added additional buses to busy routes.

Donald Trump invoked his Fifth Amendment protection against self-incrimination as he testified under oath Wednesday in the New York attorney general's long-running civil investigation into his business dealings, the former U.S. president said in a statement.

Family members are still searching for answers after the RCMP apologized for not properly investigating an Indigenous woman's death more than five decades ago.

Watch as a small plane crash-lands on a California freeway; no injuries

The pilot and passenger aboard a single-engine plane survived a dramatic crash-landing on a California freeway, in video captured on a dashcam.

More than two dozen plastic makers are asking the Federal Court to put an end to Ottawa's plan to ban several single-use plastic items including straws, cutlery and takeout containers.

Children ages 1-9 in London were made eligible for booster doses of a polio vaccine Wednesday after British health authorities reported finding evidence the virus has spread in multiple areas of the city but found no cases of the paralytic disease in people.