BROCKVILLE, ONT. -- The COVID-19 pandemic has been rough on Royal Canadian Legion branches across the country, but the Brockville branch is not letting that stop them from giving back to the community.

Ralph McMullen, president of Royal Canadian Legion Branch 96 in Brockville, said the Legion started making meals a couple months ago with the excess meat and veggies from their freezers.

"My chef said to me, let's use this up or its only going to get freezer burnt so that's how it started," he said. "We started back in June doing meals for our veterans and seniors of Brockville. We've never done it before. We've always had the Friday lunches. It's just because of the pandemic we had all this stuff in our freezers."

The Legion approached the United Way about pitching in and they jumped on board.

"We've estimated for us to make it would be six dollars a meal and they said how many meals and wrote the check out," said McMullen, "so, we were able to do it for the months of June, July and August."

McMullen also reached out to Manoll's Fish and Chips to see if they were also interested in helping feed residents at Brockville Legion Village.

"That relationship started many, many years ago," explained McMullen. "I reached out because the chef had to take time off so I said I'm going to come down and see Anna [Trakas Hall] and she said certainly."

"They approached me to see if we could work together and give the seniors a wonderful meal," said Trakas Hall.

"This is my second time helping them out which I find is a privilege to be able to do it seeing that we've been located here for 86 years." 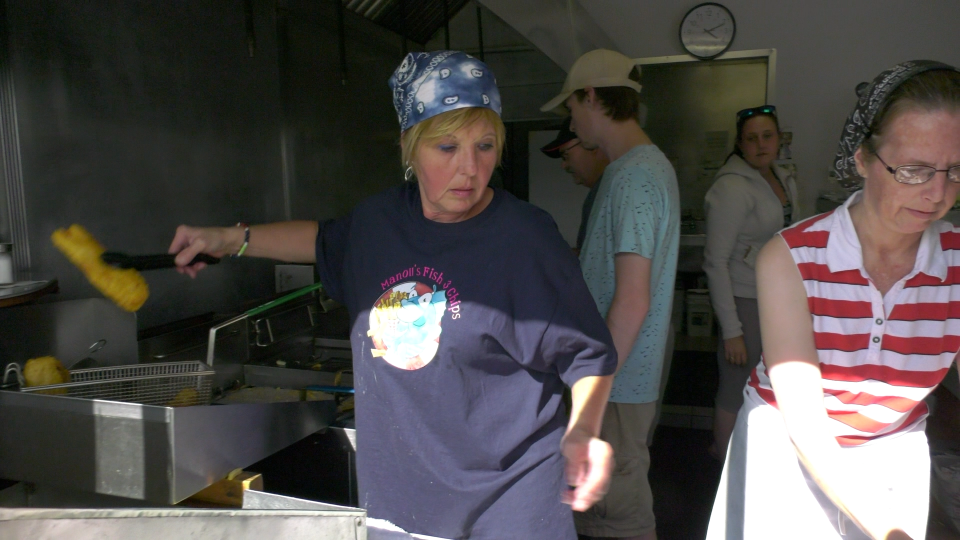 Eighty single servings of fish and chips were prepared at the Buell Street location, with volunteers from the Legion and McMullen himself delivering the hot meals.

"We've been handing out 80 meals for the last two months," McMullen added. "Senior citizens, veterans and just people that need help. It's no charge to anybody for these meals. It's all free."

Late afternoon on Wednesday, the meals were delivered to Legion Village, with most people waiting outside excitedly.

"I think it's wonderful that they do this," said one resident.

"It makes them feel fantastic, really wanted, especially, they love the meals," said another. 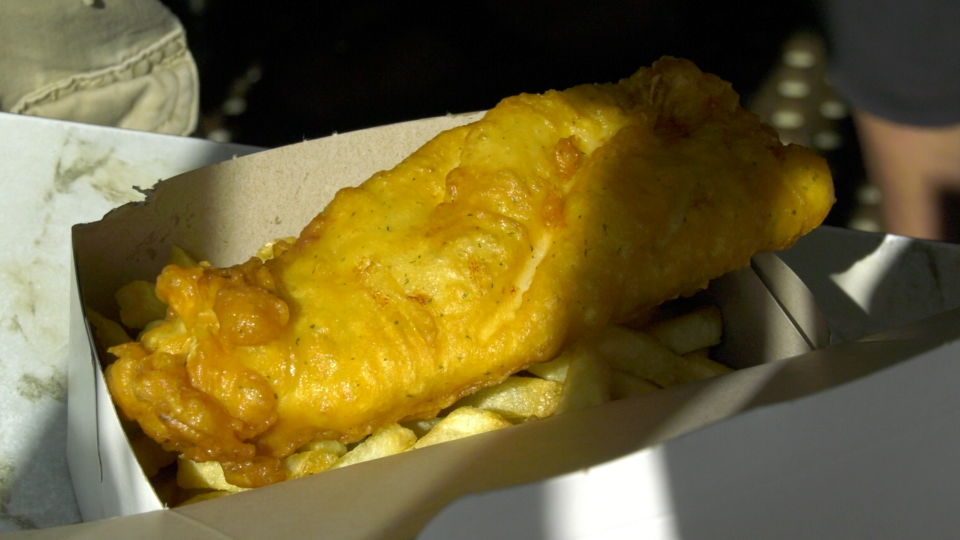 McMullen also personally delivered meals to other residents in the city and some meals were picked up at the Legion branch.

"Obviously, being in business all these years, the community has supported us, so it's a privilege for us to be able to support back," said Trakas Hall. "The veterans and seniors reply through our Facebook page, 'thank you very much', 'we've had a wonderful meal.' it means a lot to them. I'm very honoured."

McMullen also said donations are welcome to keep this up, adding he's lucky that the Brockville branch is partially open.

"There are still a lot of Legions that are not open and they are hurting. In smaller communities, that's the hub of the community," he said.

"We're just keeping our head above water by the donations and the people helping us out. Anybody that wants to help the Legions out, not only here, but any place, please help them out because they're hurting," he noted.

"And we're here for the veterans in our community."