Students at Beachburg Public School in Beachburg, Ont. saw their education in truth and reconciliation come to life on YouTube in a music video shot for Juno nominated and Cree artist Adrian Sutherland.

Steve Pritchard, a teacher for the Renfrew County District School Board, tells CTV News he heard Sutherland's song "Walk With Me" on the radio, and thought it fit perfectly into the curriculum for Indigenous culture and history.

"But it quickly became apparent that students wanted to learn more," Pritchard said. "They actually wanted to put action to the thoughts that they had, but they didn't know how."

That's when Pritchard reached out to Sutherland and put the challenge to his students to create a music video for the song.

"I was excited about it and I just wanted to totally leave it with them to see what they would do with it," Sutherland tells CTV News. 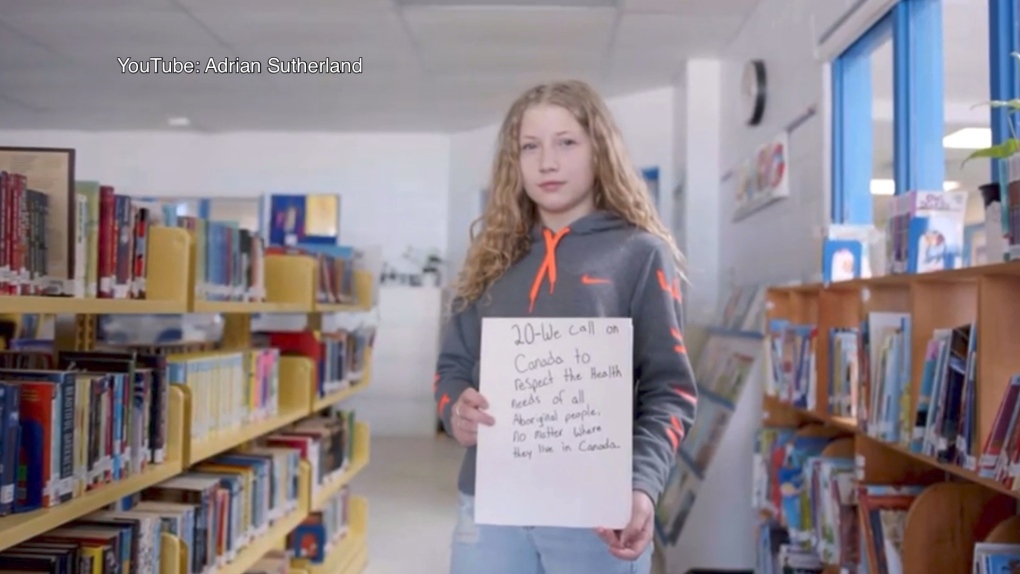 The singer and songwriter from James Bay says his song is about people of different backgrounds coming together and sharing a journey.

"Part of that walk is reconciling some of the wrongs that have happened to Indigenous people," he says.

As part of the project, Pritchard says he gave students the opportunity to find ways they could best connect to Indigenous culture and history.

"Each student had the opportunity to look at the 94 Calls to Action for Truth and Reconciliation, and each student selected one that meant something to them," said Pritchard.

"They wrote that down and they wrote out an action that they could do moving forward."

The video debuted on YouTube Thursday, with students and faculty at Beachburg Public School gathering to watch.

"When I first heard the idea I was freaked out," says student Lily Harrison, who features in the music video.

Harrison says the way her class went about the project was an ideal way for her to learn about truth and reconciliation.

"I'm not a person who likes to look at just books, I find it's very boring after a while," Harrison said. "So I thought it was a great way because with songs, kids will like a song and continue to listen to it."

Sutherland says he didn't learn about Indigenous culture and history when he was in school, so it was inspiring to see students take the education into their own hands.

"When you see these young kids now, especially non-Indigenous Canadians learning about these issues and wanting to create awareness, wanting to participate in that whole journey of healing, it's a powerful thing."