A new commemorative plaza to honour the Cameron Highlanders of Ottawa 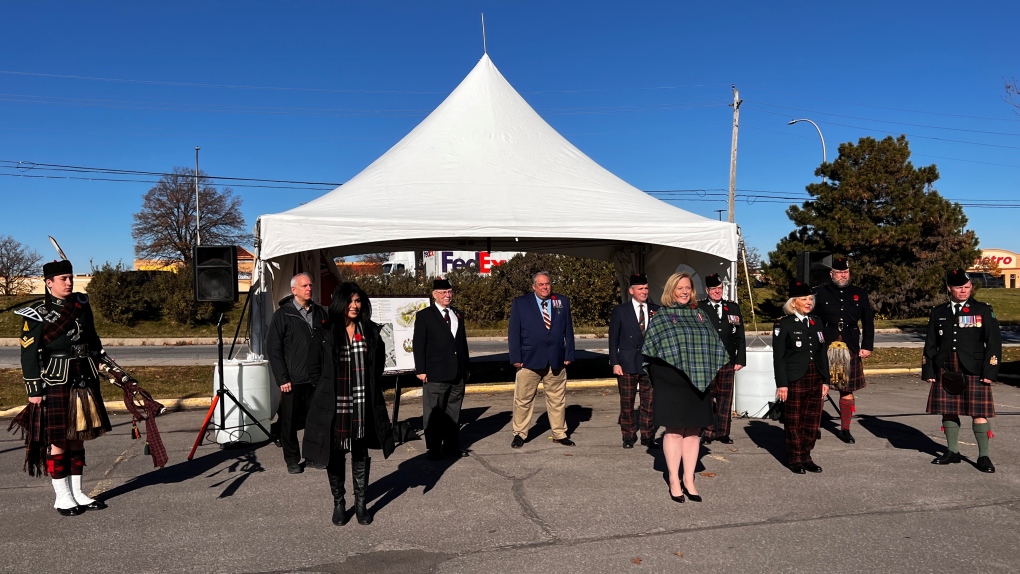 OTTAWA -- The Cameron Highlanders of Ottawa (Duke of Edinburgh’s Own) received financial support from the Ontario government, funding a new commemorative plaza to recognize and honour the courage, valour and sacrifices of the heroes of the regiment throughout Canada’s history.

Minister of Heritage, Sport, Tourism and Culture Lisa MacLeod announced $100,000 in funding on Wednesday for the construction of the commemorative plaza, which will be located at the corner of Robertson Road and Northside Road in Ottawa.

"Throughout our proud history, Canadians have shown exceptional bravery, resourcefulness, and dedication in defence of our country, and the Cameron Highlanders of Ottawa (Duke of Edinburgh’s Own) have answered the call since the very beginning," said Minister MacLeod. "Since the birth of our country, this regiment has bravely served through numerous times of war and conflict. With the creation of this memorial plaza, we are ensuring that the courage and valour of these great Canadians, especially those who made the ultimate sacrifice, will never be forgotten."

The Cameron Highlanders of Ottawa is a reserve infantry unit within the Canadian Armed Forces. The regiment trains soldiers in the light infantry role to support the regular force and for use in emergencies at home.

“The regiment has a long and distinguished association with Ottawa and surrounding communities that has provided its citizen soldiers to serve in both peace and war. It can trace its roots to Bells Corners with the raising of the Bells Corners Infantry Company in December 1862,” says Highlanders commanding officer, Lieutenant-Colonel Gord Scharf.

"Thousands of Ottawans have passed through its ranks during its history, participating in all major conflicts including the South African War, the First World War, the Second World War, Korea, various UN and NATO missions throughout the world, and Afghanistan. The regiment has been called upon to provide soldiers to assist the community in times of need, including the ice storm of 1998 and more recently the Ottawa floods of 2017 and 2019 as well as those who volunteered to help deal with the desperate situation in long-term care homes during the COVID-19 pandemic. The generous support provided to establish this plaza is greatly appreciated as it will be a fitting monument to all who have served."