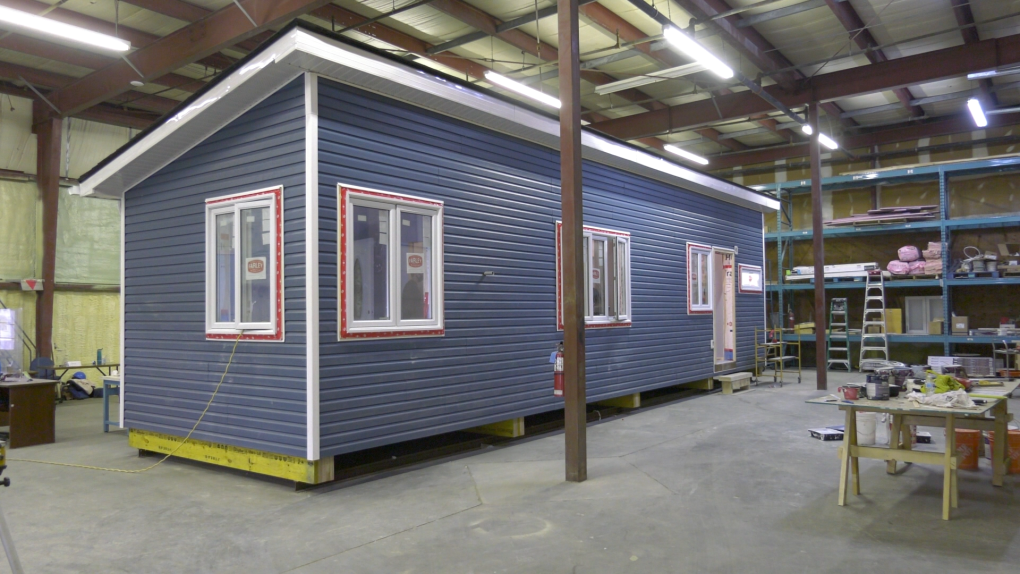 A tiny house, built by students of the Brockville Employment and Education Centre's "We are the Change" program. (Nate Vandermeer / CTV News Ottawa)

BROCKVILLE, ONT. -- With the sounds of table saws and hammers, the finishing touches are being added to a tiny house destined for a local family in need.

The Brockville Employment and Education Centre (EEC) offers the 30-week program called 'We are the Change', giving 10 vulnerable youths a chance to learn valuable skills in the construction trade.

"They get exposure to plumbing, electrical, framing, roofing, they get to learn about design," says program co-ordinator Heather Brisebois. "There are all different aspects that they get to be a part of from beginning to end."

Students begin with in-class learning and then move on to getting certifications like working form heights.

The next 10 weeks is spent building a tiny home from the ground up, working with Habitat for Humanity to provide affordable housing in Leeds and Grenville.

"The students are all vulnerable youth, aged between 15 and 30. And they all got into the program by hearing about it and contacting me and expressing their interest," brisebois said.

"We had a lot of applicants apply to this program. Unfortunately, we only had room for 10 participants per group so we'll be looking at having more participants coming in for our second group and our third group for a total of 30 people." she added.

The program is scheduled to run until 2022, building three tiny houses.

Student Philomena Lancione says she got into the program after working in the food and service industry, and seeing those jobs dwindle and disappear during the COVID-19 pandemic.

"my dad works in construction and so its always been an idea of mine to go work in construction but this is the first time that its really come to fruition," Lancione said.

"It's really physically rewarding. I'm a cardiac patient, so my physical fitness has always been a wash but in the program we all know that it's a training position so I've had a lot of opportunity to build up strength and that's been really important for me."

At first, she was unsure if she would enjoy it but, once the home build began, she fell in love with the framing process.

"I really love doing framing actually. Framing and flooring, installing the flooring and doing interior painting as well," Lancione said. "Seeing the skeleton of it come together and appear on the foundation it was just so cool." 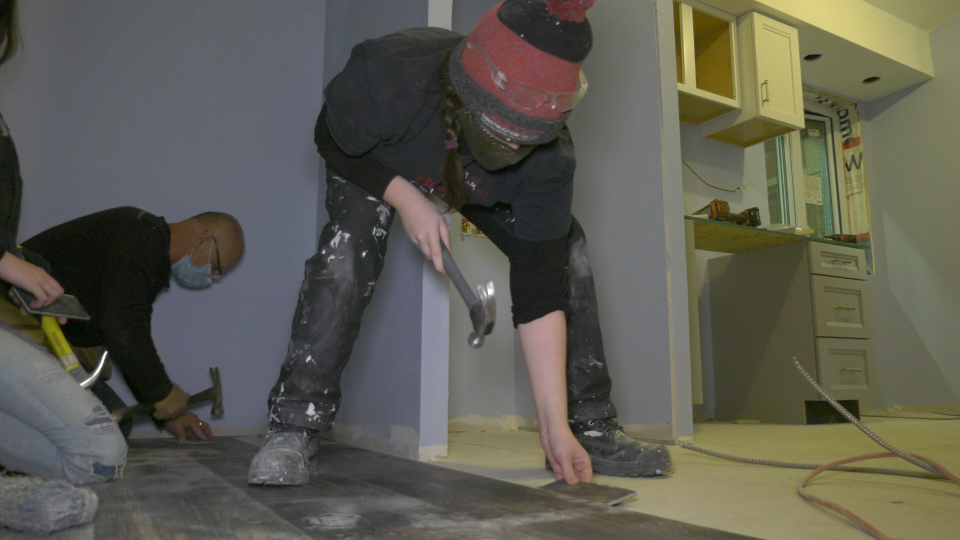 Now, when she steps into a doctors office, she says she can 'see through walls'.

"It sounds weird, I know! But I'll be able to see what the contractors did and I'll be like, 'Wow, they installed that corner beam really jank! Why didn't they sand this?" She said laughing.

Lancione said there will always been a need for homes and the construction trade can provide a job that can continue through a pandemic or slow economy.

"Apart from reassuring myself that the projects I want to take on myself in my own home could be done, it was the incredible energy of everyone else in this crew and that motivation to build it together," Lane said.

"I remember about eight or nine weeks ago, when the actual walls and floors were literally nothing more than us framing them together. We all put it right up together fastened them together. Not only do I recommend this program, but to have programs similar to this aimed at helping everyone come bring themselves back to recontribute to our society."

Lancione says some students in the program felt unemployable, but over the weeks that family atmosphere grew and helped bond everyone in the group.

"This program has been so great, interpersonally. I really do feel like we are a family in here," Lancione said.

"Since it's through the EEC, a lot of what we were doing in those first three weeks was job prep, resume prep and obviously the trainings—confined spaces, woking at heights—they were all resume strengthening trainings that we did." Lancione added. "So, if you're sort of afraid of entering the workplace, entering the job market this is definitely a very good program for that."

Brisebois says watching the crew come together over the course of the program has been fulfilling.

"It's been amazing to see the impact this program has had on the students. Really being able to see where they were when they joined the program, where they have soared. For some of them, they had never even held a hammer before and now here they are having built a house. It's amazing to see the growth that has happened," Brisebois said. 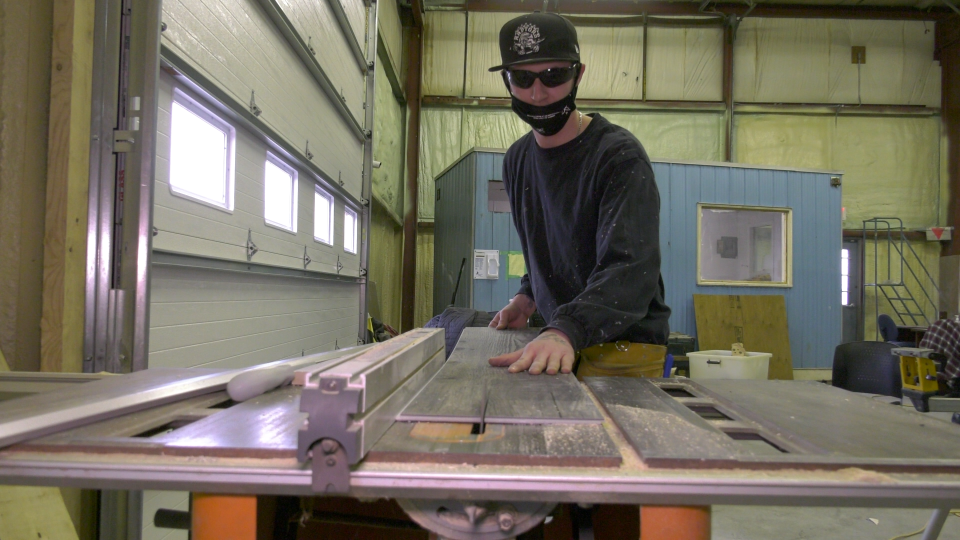 "We've had participants approached by employers just from them talking about the work they are doing here in 'We are the Change' and being able to actually obtain their own job placements through this program," she added. "It's amazing what I have learned from this program. It's not just the participants, even myself there is so much to learn, but really seeing these participants change has been so phenomenal and has had a huge impact on my life."

Just this week, the team learned that when this house is completed, it would be going to someone locally.

"We've been going through Habitat for Humanity and following their model but, with this home here, we've followed a different route. It was brought to our attention that someone was in need so we were actually able to donate this house to a township as a not for profit," Brisebois said. "This first tiny house will be going to Athens Township here in Leeds & Grenville."

Building houses along with relationships, students in the program are feeling success already.

"We all started here. We had the understanding of the drawing, equalling to reality and, as we all got step further along the way, it reaffirmed to me that dreams are possible," Lane said.