MORRISBURG, ONT. -- One of the biggest construction projects of the year is well underway south of Ottawa, with a new roundabout being installed at the intersection of County Road 31 and County Road 2 in Morrisburg.

"It's a $4.9 million project looking to improve traffic safety, improve the safety of the street itself and provide some amenities to the local community through multi-use paths, sidewalks, and things like that," said Benjamin de Haan, director of transportation services for the United Counties of SD&G.

De Haan said construction began in August and the upgrade to the intersection was desperately needed. 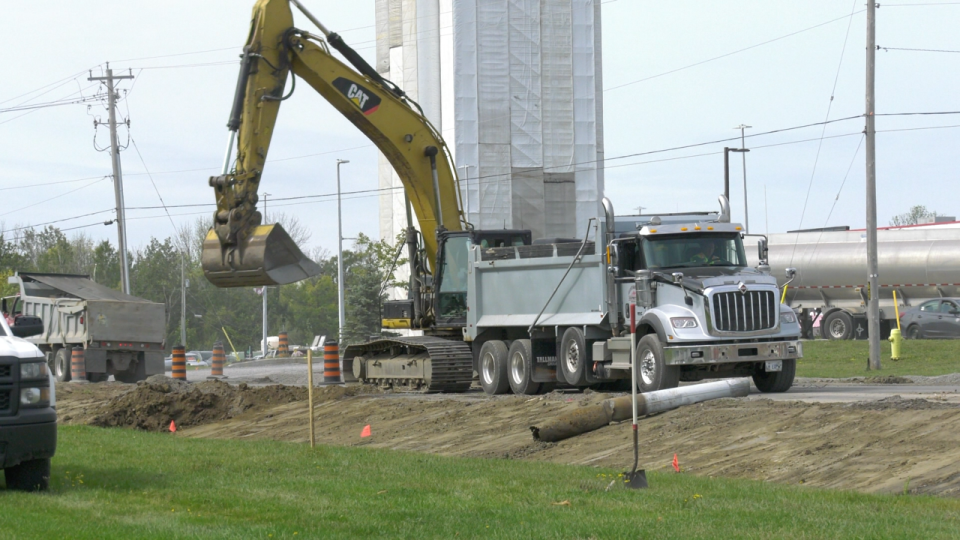 "We historically had a lot of problems here," said de Haan. "These traffic signals were at the end of their useful life. We had multiple outages or that the cycle and timing was off signal so we had to call maintenance crews to come in and fix it and it had actually been struck by lightning at one point."

United Counties Warden Al Armstrong says with roundabouts already in place along Highway 2 in Iroquois and Long Sault, drivers can navigate the intersections without stopping.

"It makes it uniform so there are no longer any traffic lights through the southern part of SD&G along number two from here to Cornwall," Armstrong said. 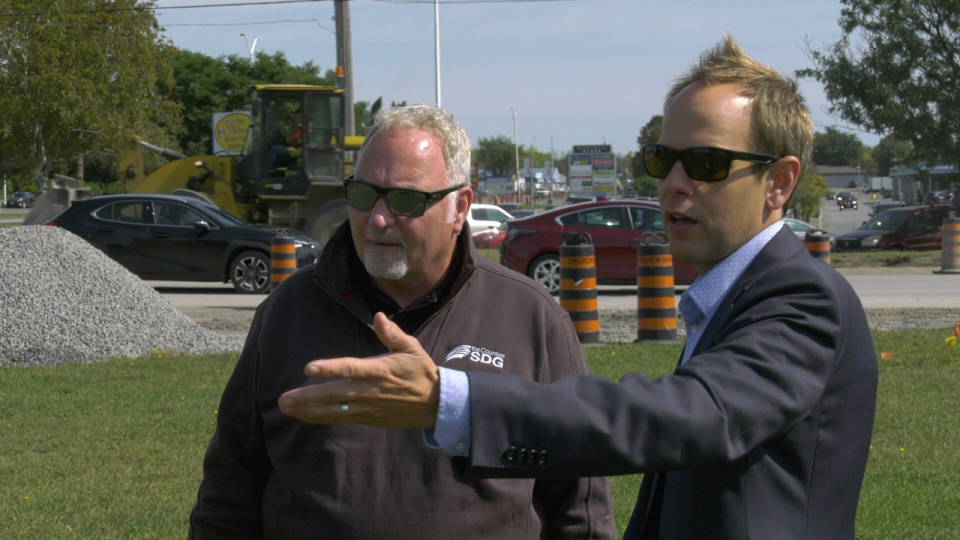 "For Morrisburg itself, it kind of gives it a main street feel which was lost when the Seaway was put in and most of what was originally Morrisburg downtown is now underwater so, it brings back some of that small town feel," added Armstrong.

The federal government funded $1.5 million for the project, with the Ontario government adding $1.1 million. Another $1.9 million is being funded by SD&G, with another $400,000 coming from South Dundas.

Morrisburg residents say people should know how to use traffic circles by now, and are looking forward to the upgrade.

"I like the one in Iroquois, it works good. The one in Long Sault works good. We're used to it now I think it's going to be good here," said Dale Wiseman.

"They've already had all the other ones all put in so I think it's a good idea and it looks a lot nicer," added Rose Froats.

Ray Gremli, who is originally from Trinidad and Tobago, says he's been used to roundabouts his whole life.

"It's good and it's quite a cost saving," Gremli said. "They're much more economical. Traffic lights and stuff, it's quite expensive to maintenance them."

Traffic is still navigating the intersection while construction continues, but de Haan says a change will be coming on Wednesday to get rid of the four-way stop. 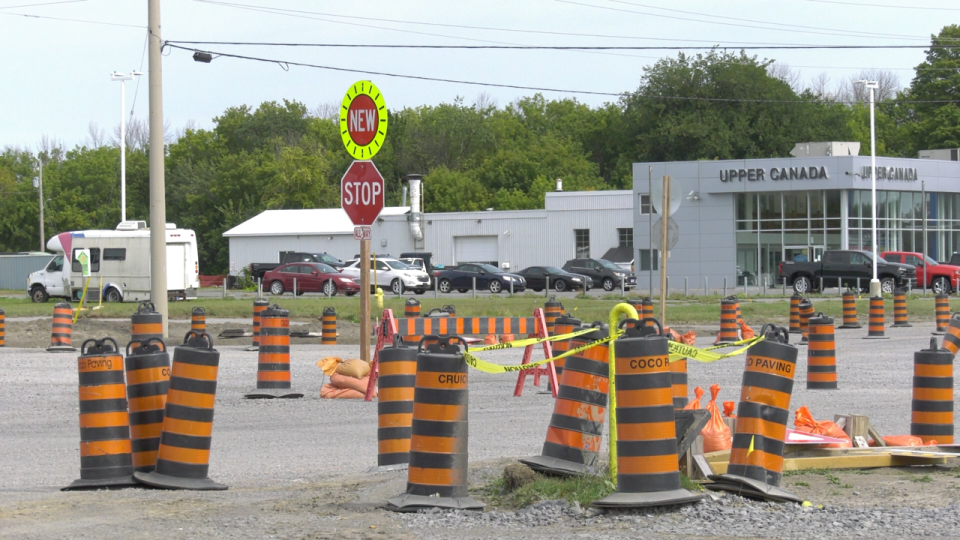 "Today ,we're just getting ready to actually convert it to a roundabout configuration, so even though we're not going to have the curbing and some of those landscaping elements in the centre of the roundabout, what we're going to do is start to push traffic out into the path they would be travelling once the roundabout is complete," he said.

De Haan also expects to install more roundabouts throughout the counties in the future.

"Anywhere there is a traffic light right now it's something that, as the lights come to the end of their useful life, we'd take a look to see if a roundabout makes sense," de Haan added.

"Throughout SD&G and throughout even Leeds and Grenville, we're starting to see a lot of them," added Armstrong. "There's not the delay, and it's better for your vehicle as you're not stopping and starting."

The roadwork for the new intersection is on track to be completed by the end of October. The landscaping part of the project will be installed in the spring of 2022.