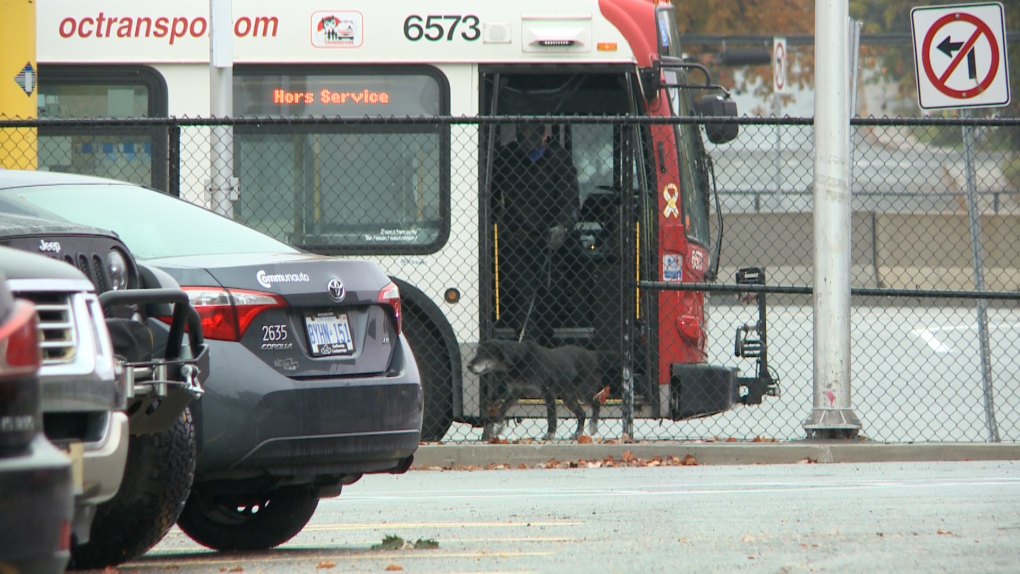 OTTAWA -- A suspicious package aboard an OC Transpo bus forced the closure of the Tunney's Pasture transit station for part of the afternoon.

Exactly what was found has not yet been announced.

Ottawa police said a call came in about the package at 11:11 a.m. Tuesday. The bus was empty and police were on scene verifying the contents of the package.

OC Transpo closed the bus loop, where riders transfer from the bus to the O-Train and vice-versa, and moved customers to nearby Holland Avenue to get their buses.

OC Transpo later updated to say that the entire transit station was closed and R1 bus service for O-train riders was brought in.

Shortly before 4 p.m., OC Transpo tweeted to say that Tunney's Pasture had fully reopened and the situation was resolved.

✅ CLEAR: Tunney's Pasture Station re-opened. All Line 1 and bus service have returned to regular service at their regular stops. Thank you for your patience. https://t.co/9vtPTF0U78

In an update Wednesday, Ottawa police told CTV News the package was determined to be non-suspicious, an empty gym bag.