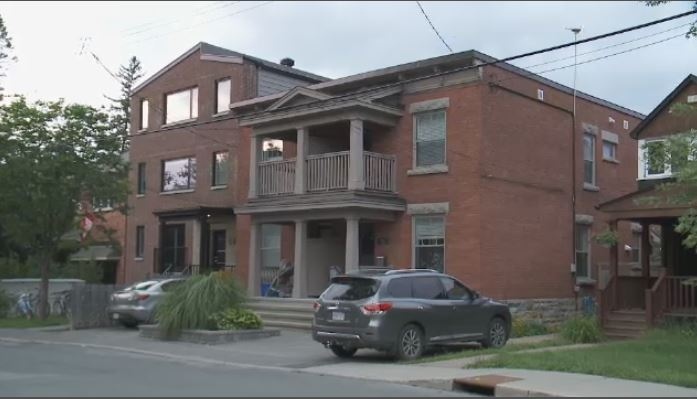 Only hours after an Ottawa woman reported her third Lexus was stolen from her driveway in less than two months- another Lexus was targeted in the same neighborhood.

Peter Volkes and his wife Janet had been visiting from Toronto. They had been staying with their daughter in Old Ottawa East.  Their 2017 Lexus SUV was parked in the driveway.

When Peter Volkes woke up Thursday- it was gone. “You walk up to the window in the morning and you don’t see your car you see this empty space!” he says.

He says it happened while they were sleeping. The window of their bedroom is right beside the driveway. “It’s a small semi and the car was almost touching the house.”

He says the car was locked, and the wireless fob that could be used to open the car was inside the home.

Volkes says, “There are other cars in the neighbourhood that are worth as much as my Lexus and they are not being targeted ... so you would think there must be some issue with the Lexus.”

He says they called Ottawa Police right away and they told him there had been other Lexus’ stolen.

Earlier this week, Gail Downey had her third Lexus stolen from her driveway. “I asked my husband to look and he said both the cars are missing,” she says.

One of their missing high-end cars—a 2016 Lexus and a brand new 2018 Lexus—was a replacement for another Lexus that was stolen from their driveway in mid-June.

Marnie Bennett, a neighbour who also had her Lexus stolen, says police suspect a ring of international thieves that steals the cars and then ships them elsewhere around the world is responsible for the recent wave of thefts.

The thieves appear to be using a device called a “relay box,” that searches for, finds and then relays a signal from a wireless key fob inside the victim’s home. The signal is then transmitted to a second device held near the car, tricking the car into thinking that the fob is present. It unlocks, and the thieves are able to start the car and drive off with it.

Peter and Janet Volkes will drive back home this weekend in a rental car. Volkes says his loyalty remains with Lexus. “There will be an inconvenience and a cost... of course because there is a deductible... but it is not going to stop me from buying another Lexus.”