The Shining Star atop a Christmas Tree empire in eastern Ontario

Summer may seem an odd time to be pondering Christmas.

But if you’re a Johnston from North Grenville, Ont., it’s always on your mind.

The Yuletide season is fast approaching and there is lots to do.

"Today, we started our pruning activity and it will run, off and on, until October," said Kerry Johnston of Johnston Brothers Tree Farm.

"Most people don’t realize we’re working all year long.  But we’re planning for 10 years from now. The trees we planted this spring will be available to people in eight, nine, 10 years," he said.

Johnston has been planting and pruning since he was six-years-old, learning the business from his Dad and Uncle, who started the tree farm in 1952. 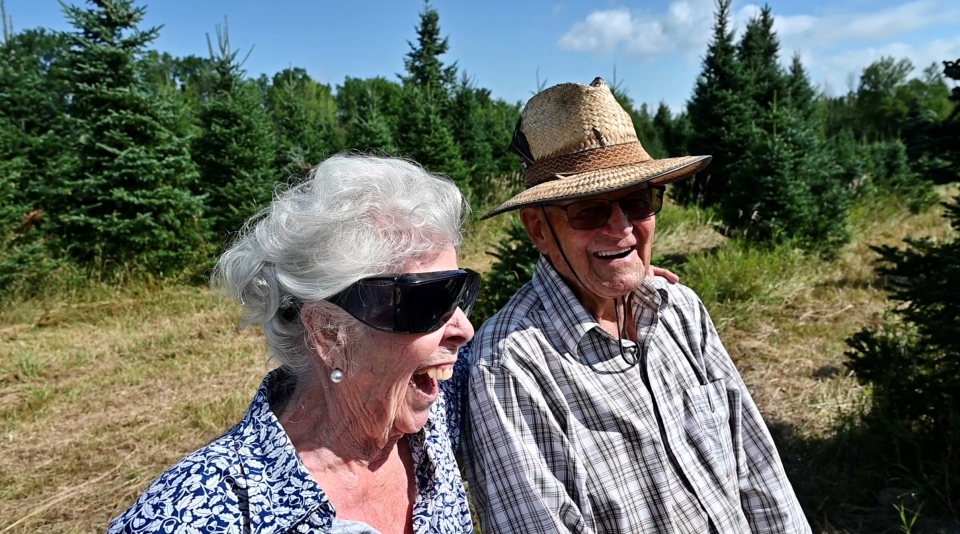 Eugene "Pud" Johnston, a forester, and his late brother Eric, a conservation officer, started Johnston Brothers Tree Farm when there was a shortage of trees and worldwide demand.

"Prices were booming and people were scrambling to get trees."

“We bought the first property a half mile up the road for $6 an acre. We now have 300 acres and probably 110 acres in Christmas trees.  The rest is natural forest."

The brothers’ motivation was simple.

"We went into for the money," said Pud with a grin.

And there was money to be made.

"Initially, we sold most of our trees wholesale and they went to New York City which was the largest market in North America. We would probably send 2,000 trees there every year," he said.

"The same customer bought from us for 28 years and he was always totally happy."

What began as a sideline eventually became a full-time passion.  At 96 years young, Pud is still working on the farm every day.

"I’ll be 97 in October. When I wake up in the morning, I feel the same as I did yesterday. I just keep going.  That’s the secret," he said with a smile.

"Not only is he celebrating his 70th year in business, he’s got a birthday coming up on the sixth of October and he’ll be 97.  That is truly an amazing thing. He’s fit, healthy and I can hardly keep up to him," laughs 85-year-old Sheila.

"We’ve always worked side-by-side, we’ve always been supportive of each other. He’s made me very happy and he gave me two wonderful children and we’re still going strong." 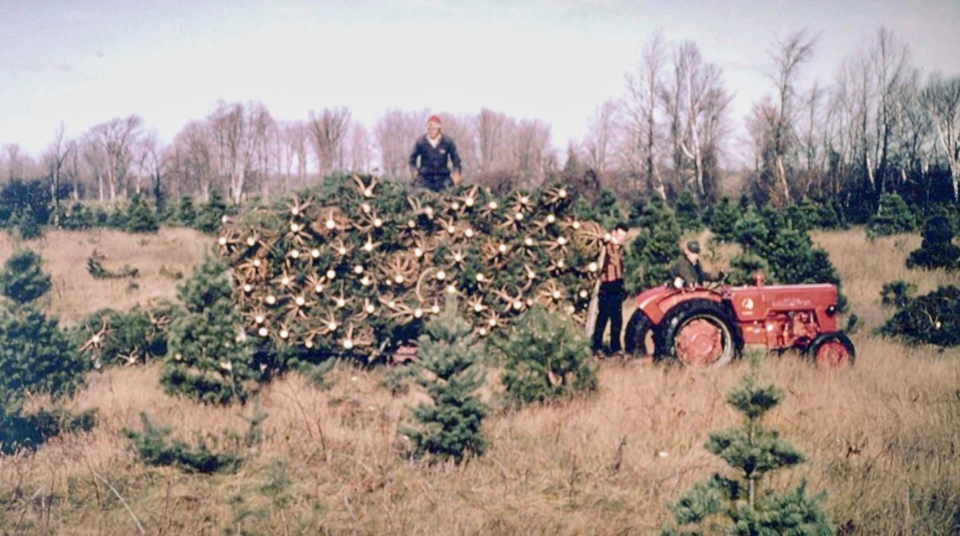 This month the Johnston clan has been pruning together—Pud, Sheila, their children and grandchildren.  Keeping the farm going is a family affair.

"I’m so impressed that they can keep up, even lead the way.  They still do a better job than me," she laughs.

"It means everything to me," said granddaughter Jessica Mulkins.

"It’s wonderful to be out here pruning with my grandma, and as my grandfather says, 'Some people go to the gym, but he goes to the farm.' Being out here working is just so good for your body and soul and it has kept him young, younger than any 90-something year old I’ve ever met," she said.

"Everyone has a passion for what they’re doing," said grandson Connor Johnston.

"Our grandfather’s been doing this for 70 years.  You ask him a question, he knows the answer. And he still out-prunes me.  He’s way ahead of me, so I have lots to learn and I have to catch up as much as possible," he said.

The next generation of the Johnston family plans to keep this operation going into the future.

"If we can keep the tradition going through Connor and I, and eventually our kids, then it should be something nice to pass on later," said grandson Eric Johnston.

"There’s a story to every tree we plant, and if we can keep that story going for as long as we can, then we’ll be in good shape."

Eric and Connor’s dad Kerry is equally honoured to be a part of this legacy.

"There aren’t many businesses that have carried on for 70 years, or can say they’re still going strong and are expanding," he said.

"And I’m pleased and proud that Mom and Dad are still here to celebrate with us." 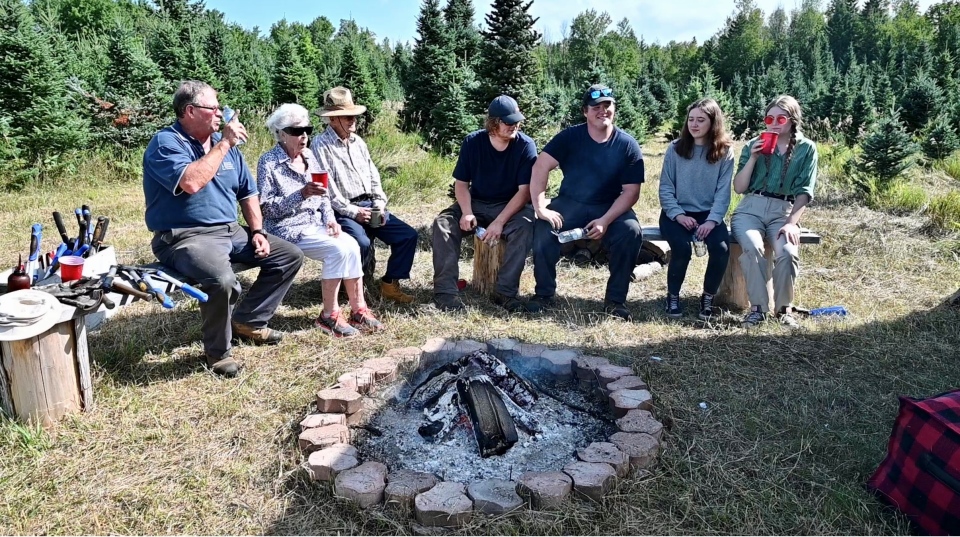 According to Johnston, demand for Christmas trees will again outpace supply in North America this season.

"With the long growing rotation of seven, eight, nine years, we can’t compensate for the surge in sales in a short period of time," said Johnston.

"Trees will be in short supply, especially wholesale. To be frank, on the wholesale front, we were probably sold out for this year by the first of January last year," he said.

"We do have a farm solely dedicated to 'cut your own' and there will be enough Christmas trees for everyone who wants one. We’ll start the last Saturday of November and run right until noon on Dec. 24.”

Pud and Sheila will be excited to see their loyal, returning customers again this year.

"They’re so happy when they get a tree.  They come up to us and say, 'We got the perfect one.  I don’t know what everyone else is going to do,'" laughed Sheila.

"I think it’s special to know we’re providing a high quality tree and they get the tree of their choice. That’s why they come back year after year," said Pud.

And when they come back, Pud plans to be there, at their service.