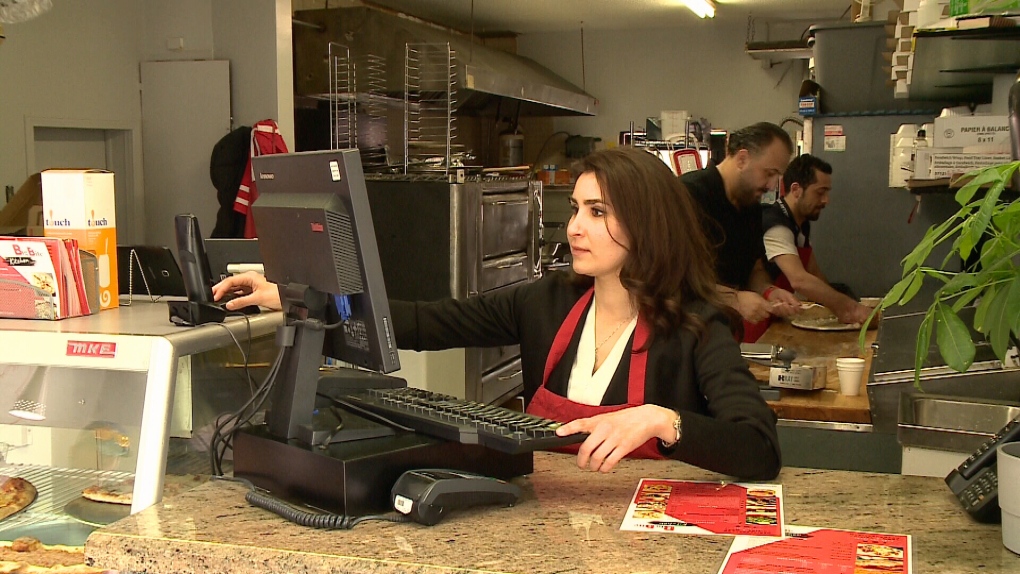 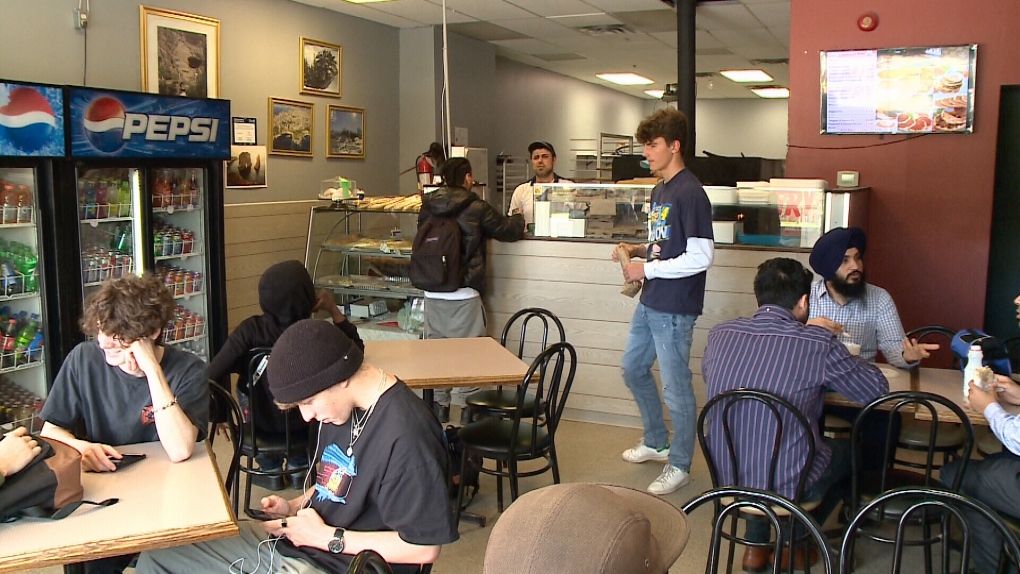 They came to Canada just a short time ago to flee a civil war, looking for a safe place to raise their families.

Now several Syrian couples in Ottawa are living the Canadian dream, operating their own businesses. Part of their success is thanks to a cooking program at Algonquin College, aimed at helping new Canadians.

The other part is sheer hard work.

The pride is evident in Mansour Sweidan's voice as he explains the dish he is making; and with reason.

A little over a month ago, he and his wife partnered with another man to open the Big Bite Kitchen on York Street, marrying Middle Eastern cuisine with Canadian fare; a bit like their lives here in Canada.

Canadians should be proud for welcoming new immigrants to this country,” says Sweidan.

They were welcomed to Canada exactly one year ago today.  In that short time, they have realized many dreams.

“Seeing the pride in our kids’ eyes and the people around us,” says his wife Racha Pharaon, “and our friends and being able to achieve this in one year? It gives us good feelings.”

For Tarek Hijazi, those good feelings come with 14 hour days.  But that hard work has paid off.  He is co-owner of Shami’s Bakery in Orleans, after just 3 years in Canada. Hijazi and his partner Bassam Alhilal lived in the same city in Syria.  They left Idlib in the middle of the war, hoping for a safer place to raise their children.

“We have to work hard to thank Canada,” Hijazi says, “because this now is our country.”

The Syrians got their culinary start at a course at Algonquin  College aimed at new Canadians. It was introduced in 2017 to offer a unique cooking and baking program to offer them a chance for employment.

“Canada needs more new Canadians,” says Jim Kyte, the Dean of the School of Hospitality and Tourism at Algonquin College, “wherever they come from and we want to see them succeed when they arrive here.”

In its second year in operation, 60 graduates have completed the course, including Samir Masoud.  His passion for cooking is only surpassed by his desire to run his own business.  Both he and his wife Manal have been working at the cafeteria at the École des adults Le Carrefour since completing the course.  They have introduced Syrian cuisine to the customers and reveled in the safety they have found in Canada.

“I came to Canada with my family,” says Masoud, “I was looking for peace and I found it here in Canada.”

Now he and his wife are working towards their goal of ownership.

Of the 60 graduates, four couples have gone on to open their own businesses in just two years.  The program has now expanded to include hairdressing and esthetics.  Expect to see some salons opening soon.