Suspicious person with gun spotted in Embrun, Ont. turns out to be Star Wars cosplayer 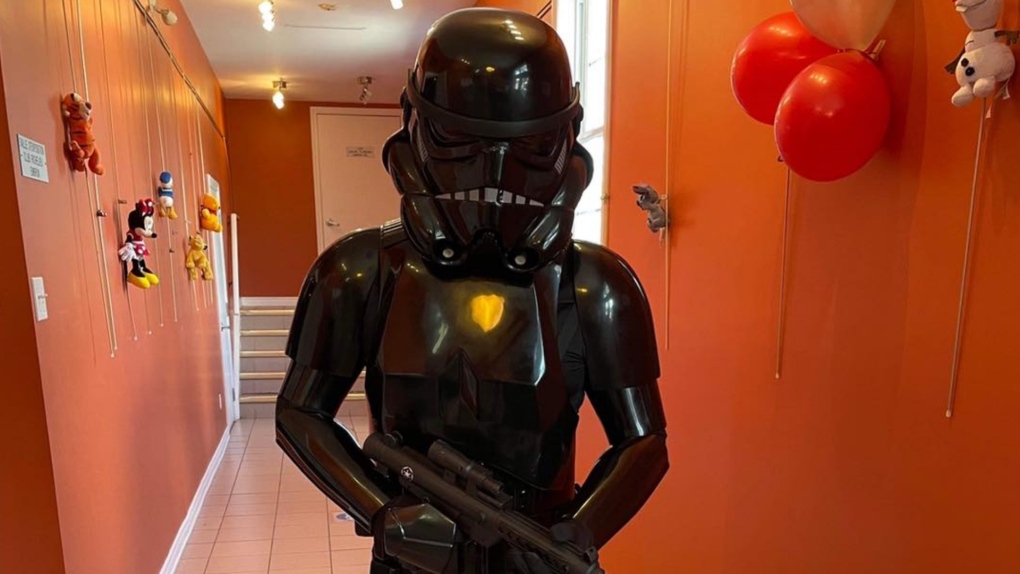 OPP in Embrun, Ont. were called about a suspicious person who turned out to be someone in a Stormtrooper costume. La Maison des Arts was hosting a Disney-themed day Sunday, June 5, 2022. (La Maison des Arts/Facebook)

Russell County OPP say a suspicious person spotted in Embrun, Ont. was not the droid they were looking for.

Police were called about a man wearing a helmet, dressed all in black and carrying a rifle outside La Maison des Arts on Lapalme Street Sunday.

Officers attended and learned the arts centre was hosting a Disney-themed day. Among the princesses was someone dressed as a Stormtrooper in black armour.

Recognizing the Maison des Arts is not a wretched hive of scum and villainy, the officers decided to move along.

#RussellOPP got a report of a male wearing a helmet, dressed in all black clothing and carrying what rifle near La Maison Des Arts. Officers realized there was a Disney theme day. Person was located, he was attending the event in a black Star Wars Storm Trooper outfit. ^nm