There's a historic site northeast of Cornwall, Ont. that has become a popular tourist destination for day trips. It offers more than just a great photo opportunity, hosting weddings and musical venues throughout the summer.

Driving through St. Raphael's, it's hard to miss a giant stone walled structure missing its roof.

"If you Google top 10 road trips from Montreal, this place actually comes up," said Gerry Palumbo, out for a scenic summer drive from Quebec with his wife.

"We've driven by so many times, today we just decided to pull over and take a look," he said, walking inside St. Raphael's Ruins.

"We lived just down the road and we thought that the whole village was on fire," said Diana Sturkenboom, who attended services at the church since she was a child.

"My husband came to see what was going on and just as he came over the hills he saw that the bells were falling," Sturkenboom said. "It was a sad time in our lives when he came back and reported that it was the church that had burned." 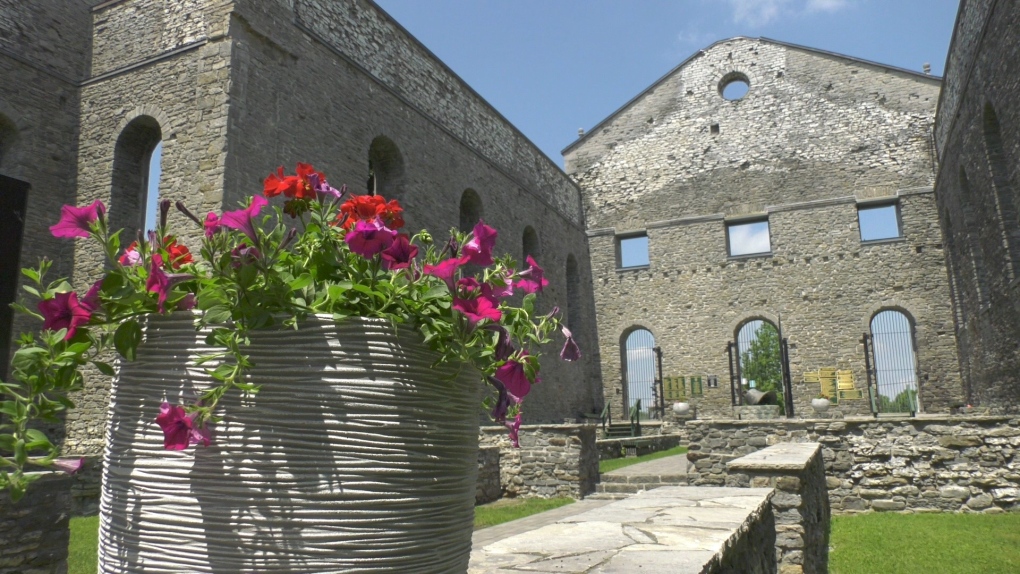 Sturkenboom is now a committee member of St. Raphael's Friends of the Ruins, a non profit group who has helped restore the site since 1994.

"Over the years it remained a ruins, a real ruins where no one could come in with the risk of someone getting hurt. It remained not available to the public," Sturkenboom said.

"It had to be of course cleaned up because there was a lot of damage done to the walls. Everything had to be done over again," she remembered. "We are all volunteers and we have raised $1.4 million to stabilize the walls."

When exploring the ruins now, one of those bells, half melted, welcomes visitors walking into the site.

Interlocking stone has also been laid down and grass planted where church pews once sat.

"I remember as a child sitting there and looking up at the ceiling," Sturkenboom smiled. "We were married here 58 years ago!"

The site is an easy day trip for those living in eastern Ontario, and it's also showcased in a new tourism campaign put out by the United Counties of Stormont, Dundas and Glengarry.

"The history of the ruins is so important to our region, so we really wanted to highlight it," said tourism coordinator Kendra Belanger. 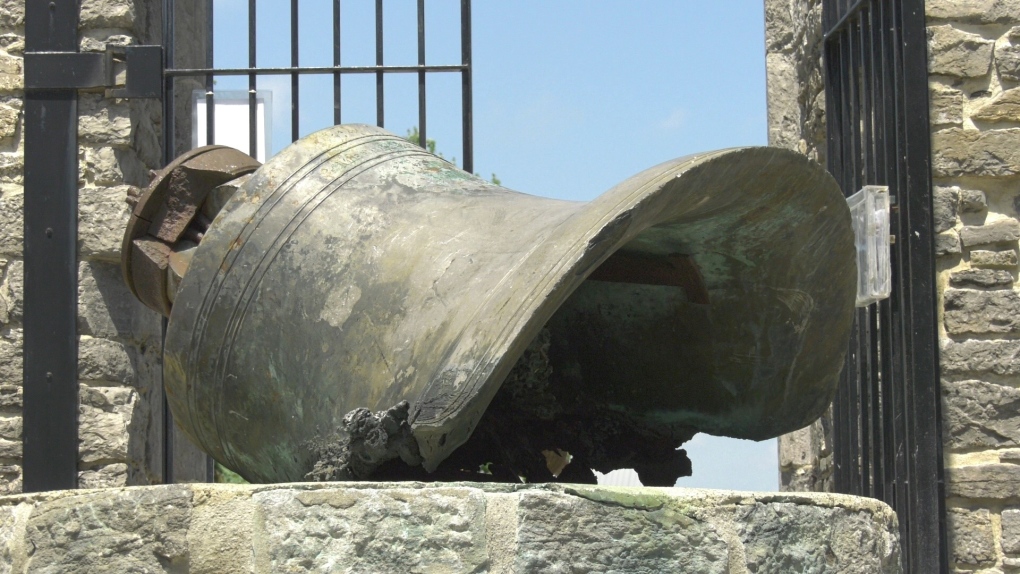 The largest of the three bells was the only one that could be saved at the St. Raphael's Ruins, northeast of Cornwall, Ont. (Nate Vandermeer/CTV News Ottawa)

The National Historic Site becomes a popular wedding destination through the warmer months, with 21 couples getting hitched at the ruins in 2022.

"I think it's just breathtaking really," Belanger said. "It's such a magical place; it doesn't' feel like you're here, it feels like you are on vacation somewhere in Europe."

She likes to stop by the site and talk with visitors who come to explore.

"They've drove by but never actually stopped, so once they actually stopped in it was amazing for them to see," Belanger noted. "Definitely something that they'll go back home and share with their family and friends and have them come back."

The United Counties has a new ad campaign running focusing on all the unique things to do in the region, from breweries to boating.

"Just encourage people to get out and explore your backyard, explore the region," she said. "There is so many things, something for everyone so we really would welcome everyone to come and check it out."

The ruins are free to explore and open seven days a week, with donations accepted.

A curator is also on site Monday to Friday from 9:30 a.m. to 4:30 p.m., to answer questions and talk about the site's rich history

"We consider it a gem of our community," said Sturkenboom. "We're used to it but we very much appreciate it."

"A lot of people don't know about it so that's why we try to advertise it and promote it as much as possible," she added.

"Very impressive, the way it was preserved, the way it's landscaped, very nice," added Palumbo, looking up at the sky.

"They did a great job, it's worth visiting!"

The site is located at 19998 County Road 18 northeast of Cornwall. More history on the ruins can be found at their website.

Thousands of Afghans who helped Canada trapped in Afghanistan, struggling to leave

The federal government needs to do more to help thousands of Afghans who assisted Canadian Forces but remain trapped in Afghanistan a year after the Taliban seized Kabul, aid groups and opposition parties say.

The top executive at Pfizer, a leading producer of COVID-19 vaccines, has tested positive for the virus and says he is experiencing very mild symptoms.