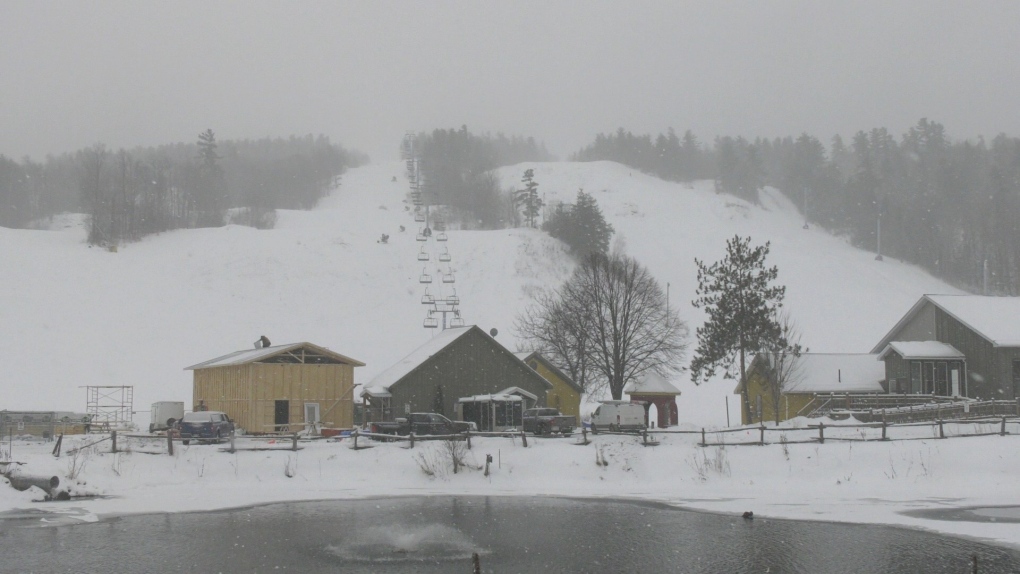 Snowboarding events will not be held at Calabogie Peaks during the Ontario Winter Games after a fire destroyed the pump house at the resort in Calabogie, Ont. (Dylan Dyson/CTV News Ottawa)

Just one week before the Ontario Winter Games begin in Renfrew County, a main attraction at Calabogie Peaks has been cancelled.

The Provincial Sport Organization for Snowboard has pulled the snowboard-cross event from the games due to a lack of snow at the ski hill in Calabogie, Ont.

A fire at the beginning of January destroyed the pump house at Calabogie Peaks, halting snowmaking operations.

"And they're still to my knowledge not operational, probably, until this weekend or next," Games Manager Cindy Burwell said.

"Which wouldn't leave enough time to make enough snow and then build a course and groom it for the snowboard competition."

Burwell says the ski-cross event set to take place at Calabogie Peaks has also been called off.

The decision now leaves roughly 100 to 120 athletes at home and unable to compete.

For 17-year-old snowboarder Oscar Dick from Ancaster, Ont., it is an opportunity he's been training years for.

"During COVID, I really started to lock down and train harder to achieve this," Dick tells CTV News.

"I'm obviously definitely bummed about it. I really wanted to compete and see how I stacked up against the other racers in Ontario."

Snowboard cross is a downhill race that takes place on a terrain course. The event was set to be held Feb. 6-8.

"In addition to [the fire] there was a huge thaw after Christmas so anything that was built before Christmas was lost," Burwell said.

"Ontario Winter Games has always been a goal of mine," said Dick, who was set to compete at the games for the first time.

"Due to my age and COVID, I haven't been able to go to the Ontario Winter Games."