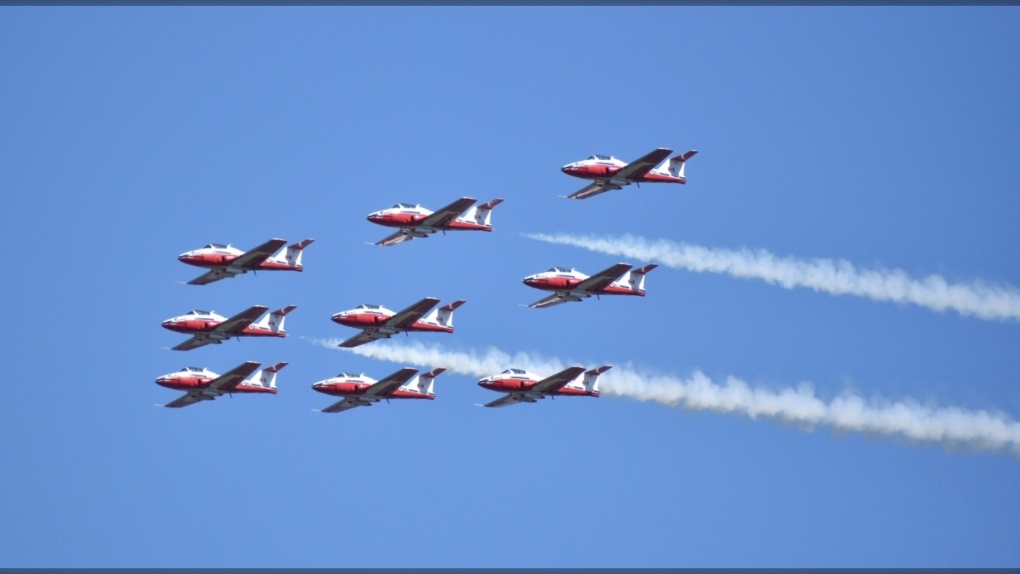 The traditional Canada Day fly-past over Ottawa by the Canadian Forces Snowbirds has been cancelled, following a problem with the aircraft's emergency ejection parachute that grounded the fleet.

"Unfortunately they will be unable to fly over the National Capital Region for Canada Day as planned," The Royal Canadian Air Force said on Twitter.

"This was a tough decision, but after not flying for a period to time, the team must conduct several practice flights and our technicians need to conduct some maintenance work on the jets. The next planned show is 9-10 July in Kelowna B.C."

The Department of National Defence announced last Friday the fleet of CT-114 Tutor aircraft were grounded following a problem with the timing device that releases the parachute during an emergency ejection.

The Air Force says the Snowbirds have been cleared to fly, and will return to Moose Jaw to prepare for future airshows.

The Snowbirds cancelled an appearance in Moncton, New Brunswick on Wednesday, and the Canada Day show in Ottawa.

According to Canadian Heritage, the Snowbirds were scheduled to fly over Parliament Hill between 3:30 p.m. and 4 p.m. on Friday.

The Snowbirds are scheduled to fly at the Gatineau Air Show on Sept. 17-18.