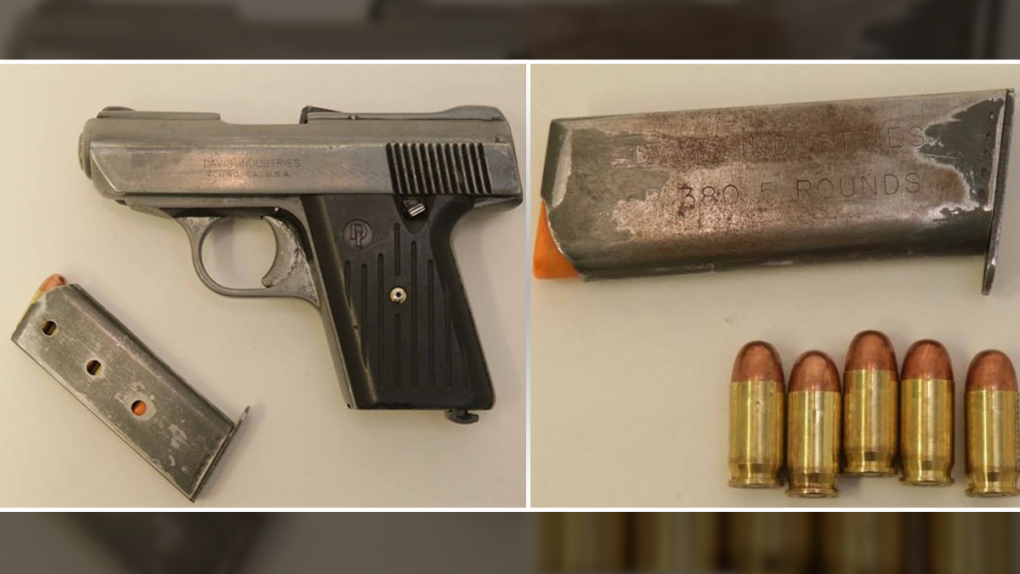 Ottawa police seized a handgun during a traffic stop on the weekend. (Ottawa Police Service)

OTTAWA -- Ottawa police have charged a man after seizing a handgun during a traffic stop in the Vanier area over the weekend.

A neighbourhood resource team officer was on patrol when he saw a suspicious vehicle, police said in a news release.

The vehicle was travelling slowly and hit the centre curb more than once. When the officer pulled the car over, he spotted a handgun exposed in the driver’s handbag.

The officer seized the gun and arrested a 19-year-old man from Laval, Que., who is facing nearly a dozen gun-related charges.