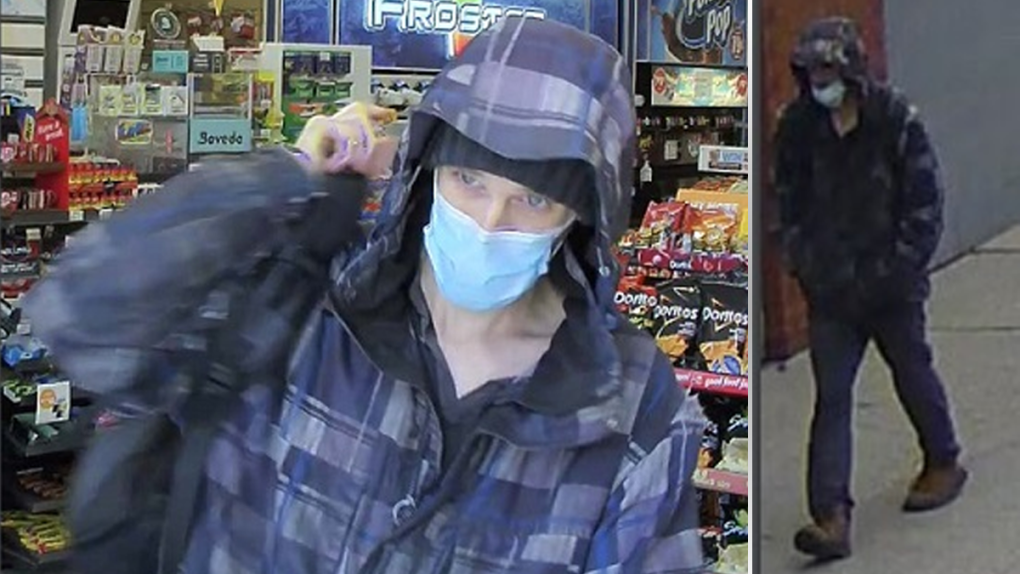 Ottawa police are asking for help identifying a man accused of exposing his genitals to a worker at a business in the area of Baseline Road and Fisher Avenue in Dec. 2020 and May 2021. (Photo provided by the Ottawa Police Service)

OTTAWA -- Ottawa police are asking for the public's help in identifying a man accused of exposing himself inside a business in the west end on two separate occasions.

In both incidents, the suspect entered a store at the corner of Baseline Road and Fisher Avenue, approached an employee and allegedly exposed his genitals.

The suspect is described as a white man in his late 20s to early 30s, around 5-foot-7 (170cm), with a slim build, blonde hair and blue eyes. He may walk with a slight limp. He was last seen wearing a dark checkered jacket with a hood, jeans and black backpack.

Anyone with information regarding the identity of this individual is asked to call the Ottawa Police Service West Criminal Investigations at 613-236-1222, ext. 2666 or Crime Stoppers toll-free at 1-800-222-8477.