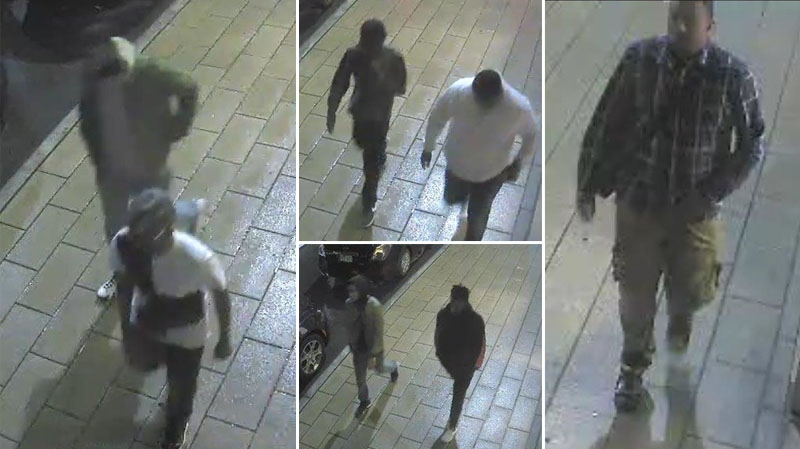 Police are searching for seven witnesses in relation to the June killing of Ashton Dickson.

Ottawa Police are hoping to speak with seven men they think could help with the investigation into the shooting death of Ashton Dickson .

Dickson, 25, was gunned down on June 26 on Rideau Street, just east of Chapel Street.

On Tuesday, police released photos of seven people they think could be potential witnesses to the crime.

The Mingle Room, the bar outside which Dickson was shot dead, closed late last month.