Police chief says public will be 'shocked' by video 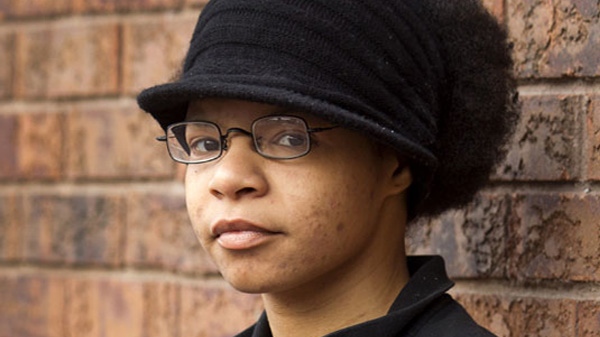 A judge ruled last month that Stacy Bonds was treated unlawfully by Ottawa police officers when she was arrested in September 2008. Photo courtesy: Ottawa Citizen

Ottawa's police chief says he knows the public will be shocked by a video the courts released Thursday showing police pinning down an innocent Ottawa woman and cutting off her shirt and bra with a pair of scissors.

"I understand that Ottawa residents will be shocked by the video," Chief Vern White said in a statement on Thursday.

The video, obtained by the Ottawa Citizen through a court order, shows Stacy Bonds struggling with several Ottawa police officers in a holding cell area. Bonds is kneed by Special Const. Melanie Morris and later pinned to the ground by a group of officers. Sgt. Steve Desjourdy is then seen using a pair of scissors to cut off her shirt and bra.

Bonds was later taken to a cell where she was left topless with soiled pants for several hours.

Bonds, a 27-year-old theatrical make-up artist, was walking along Rideau Street in September 2008 when she was stopped by police. Although officers initially let her go, they arrested her for public intoxication when she asked why she had been stopped.

A judge ruled on the case last month, staying charges against Bonds that accused her of assaulting police. Justice Richard Lajoie called the treatment of the Ottawa woman unlawful and an offense to human dignity.

The police chief says he wants to assure the public that he's taking the case very seriously.

"As the Chief of Police, I was very concerned by the comments made by Justice Lajoie in court last October 29th and I immediately ordered an investigation by our Professional Standards Section to review our procedures as well as our officers' actions," White stated on Thursday.

The case has outraged Ottawa's black community: "I am so disgusted. It's an abuse of power -- four men watching her naked . . . she's crying," community leader Oni Joseph told CTV Ottawa.

Ontario's Special Investigations Unit is now probing the actions of the five officers involved. The police chief says his force is co-operating fully and regulations prevent him from commenting further until the probe is complete.

Earlier this week, White said the publicity of this case, as well as another that involved an off-duty police officer and a taxi driver, has been extremely difficult to deal with.

With a report from CTV Ottawa's Kate Eggins