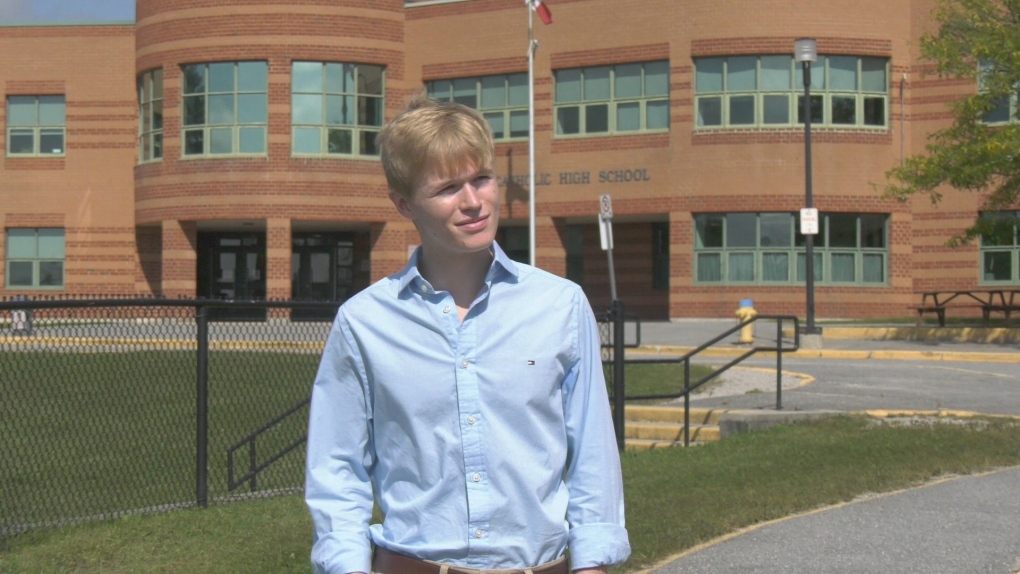 Max Benda, 18, is running to become school board trustee in Lanark County for the Catholic District School Board of Eastern Ontario. (Dylan Dyson/CTV News Ottawa)

Max Benda is looking to become one of the youngest politicians in Canada.

The first-year University of Ottawa student recently turned 18-years-old, the minimum age requirement to run for public office in Canada. He's running to become the next school board trustee in Lanark County for the Catholic District School Board of Eastern Ontario.

"Out of all the people running for school board trustee, I would have the best knowledge of what's going on in our schools right now since I just graduated."

Benda graduated as valedictorian from St. John's Catholic High School in Perth in the spring. He believes his age is on his side and that a youth perspective is what's required at this time to improve education.

"I think students are who need the most representation even though the votes are coming from parents and teachers. It really comes down to the kids and what's best for them."

As a school board trustee in Lanark County, Benda would act as the link between the community and the board, and would oversee seven catholic schools in the region.

"It depends on what they're looking for," said Gloria Madden, another parent.

"They have to consider the student's issues prior to past issues, look a bit forward, and how they're going to represent the students and the families that are involved in the school."

The only person running against Benda for the seat is incumbent Jennifer Cooney.

"I think I relate to most of our constituents as a parent," said Cooney who is seeking her second term as trustee.

"I see myself first and foremost at the table representing parents."

Cooney was acclaimed to the position four years ago, and welcomes the competition for the seat, especially if it means young people involving themselves in politics.

Benda says win or lose, his candidacy is getting local youth involved and interested in their community.

"From a lot of young people, I've even received some comments already saying, I'm going to vote now because you're running," said Benda.

School board trustees can be voted for in the municipal election on October 24.