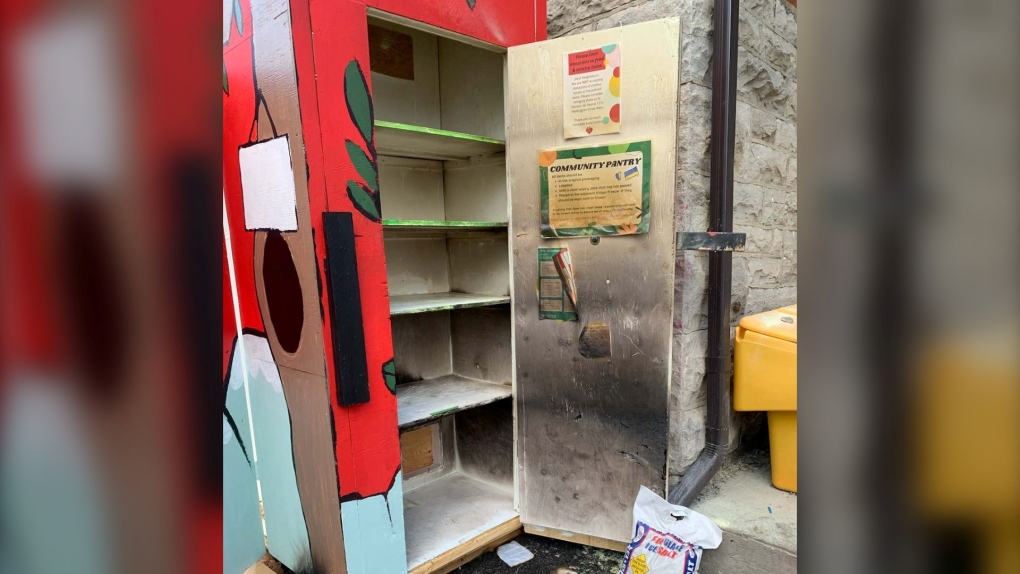 The Parkdale Food Centre's community fridge and pantry are closed this weekend after a fire badly damaged the enclosure providing food for people in the community.

Executive Director Karen Secord says the closure of the fridge and pantry comes at a time when staff are filling it four, five or six times a day.

In a post on Facebook, the Parkdale Food Centre says the Road Runner II and the accompanying pantry outside on Rosemount Avenue was "set on fire" Friday evening.

"This is certainly not the way we'd like to begin the weekend, especially for Neighbours accessing the fridge," the Parkdale Food Centre said.

"A great big shout out to the off duty firefighter who acted quickly, unplugging the fridge, preventing a serious emergency. We are grateful for your Neighbourly spirit."

Secord tells CTV News Ottawa it's believed someone set a book on fire and placed it in the pantry at about 5:40 p.m. Friday.

"Fortunately, an off-duty firefighter spotted the fire before it became an electrical fire and was able to remove the fridge with the help of someone working after-hours at 30 Rosemount," Secord said, adding they ran to the nearby library to get a fire extinguisher.

The enclosure for the community fridge and pantry suffered smoke and water damage, and will remain closed until further notice.  The fire did not damage the fridge, which had just been replaced.

Secord says the Parkdale Food Centre will need to use its donations to replace or repair the enclosure, coming at a time when the need for food is high and the cost of produce is expensive.

A report has been filed with the Ottawa Police Service.

The Road Runner II is located in front of the Parkdale Food Centre at 30 Rosemount Avenue.

"Road Runner will share good food. Kindly remember to take what you need and leave what you can," the Parkdale Food Centre says on its website.