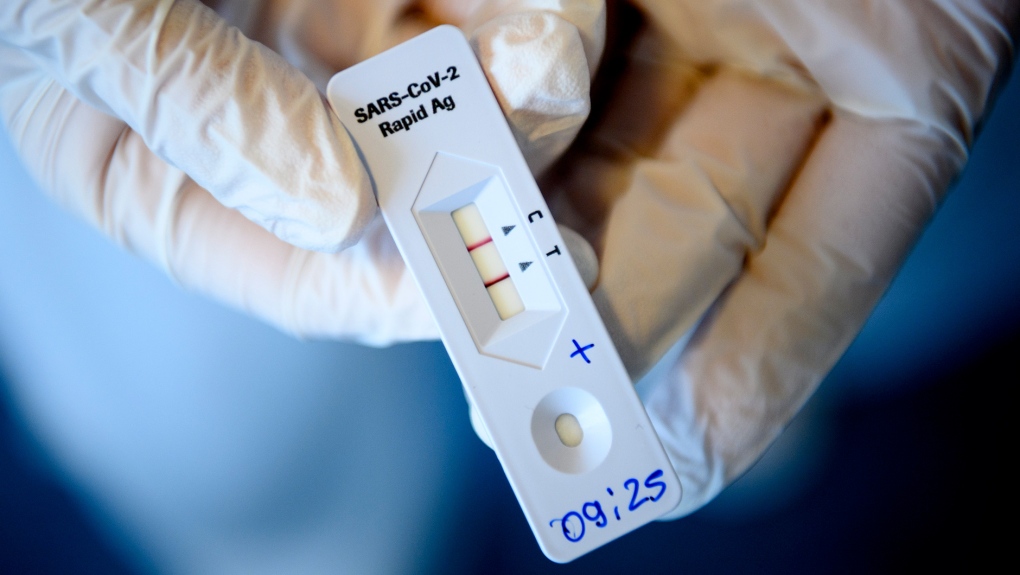 An Ottawa software developer is helping people with their RAT hunt, creating a new online tool to find appointments for rapid antigen tests at major pharmacy locations across Ontario.

Mike DiDomizio says after having difficulties finding an appointment for a rapid antigen test himself, he wanted to help other people find testing locations immediately.

"I had seen that other people were also in the same situation I was. I wasn't the only one with the issue. I wanted a test and I wanted one as soon as possible," DiDomizio told CTVNewsOttawa.ca.

"When I started building it, I looked at Shoppers Drug Mart and Rexall first as they are the major pharmacies in the city.  I realized I can get the data and manipulate it to how I wanted it."

The Rapid Antigen Testing appointment helper website lists the number of appointments for a rapid antigen test that a pharmacy says is available over the next six days. On Friday, two Shoppers Drug Mart locations in Ottawa had appointments available.

DiDomizio says the initial site took approximately five to six hours to build, but he has made "plenty of changes" since.

"Although the website I built isn't a perfect solution, being able to search over 50 Ottawa stores at once and getting the stores sorted by earliest date sure beats clicking through each one and finding out they are fully booked," DiDomizio said.

The demand for rapid antigen tests has soared over the holidays as COVID-19 cases rise across the province and capacity for PCR tests reached capacity in Ottawa and other areas of the provice.

Residents have been lining up for hours at locations across Ontario to receive free rapid antigen tests from the Ontario government. The province provided all elementary and secondary school students a pack of five RAT tests to take home over the holidays.

DiDomizio says once he was happy with the website listing pharmacies with available appointments in Ottawa, he realized other cities were in the same situation and wanted to help people find testing sites.

"I checked Kingston and only one Shoppers out of 10 had an open appointment for that day.  I knew I couldn't just stop with Ottawa," DiDomizio said.

"It took a bit of work but once the site was able to handle two cities, it took almost no additional work to handle all of them.  Now the site supports all the major cities in Ontario."

A rapid antigen test at Shoppers Drug Mart costs $40, while it’s $30 at Rexall.

DiDomizio says the reaction to the website has been better than expected since its launch over the holidays, with more than 2,200 visits in the past 24 hours.

"People seem to be happy with it and I’ve received a lot of positive feedback," DiDomizio said, adding he hopes that getting a test will be a "short-term problem" and the website will not be needed for long.

"I had someone tell me they checked the website and had an appointment scheduled in the next 30 minutes.  That was always the goal."

To checkout the Rapid Antigen Testing appointment helper, visit https://covid-testing-ottawa.vercel.app/ and click on a city.

Rapid antigen tests are available at pharmacies for asymptomatic individuals only, meaning you have no symptoms of COVID-19.

Shoppers Drug Mart lists who is eligible for a rapid antigen test at its locations.

Prince Charles was invested as an extraordinary commander in the Order of Military Merit and laid a wreath at the National War Memorial as he began the second day of his Platinum Jubilee tour of Canada.

Alberta Premier Jason Kenney is to learn today if he still has enough support from his party to stay on as leader.

The cost of nearly everything at the grocery store continued to climb higher to push the annual inflation rate up in April.

What's the average price of a home where you live?

Casey White and Vicky White paid a man to help them book an Indiana hotel room during their time on the run after the inmate and corrections officer slipped away from an Alabama jail, setting off an 11-day manhunt.

'Please' before 'cheese': Answers to your royal etiquette questions

Etiquette expert Julie Blais Comeau answers your questions about how to address the royal couple, how to dress if you're meeting them, and whether or not you can ask for a selfie.