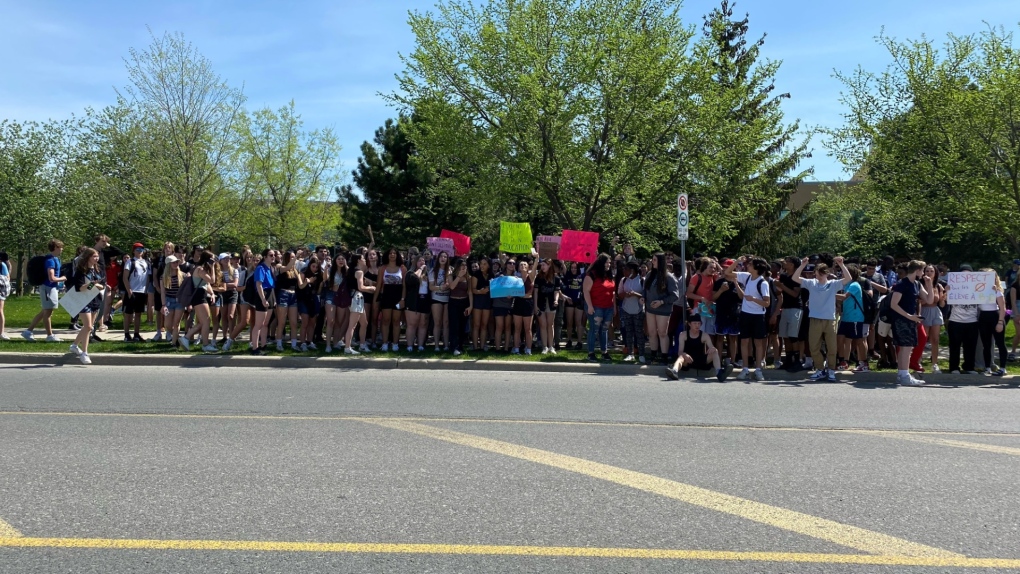 Students protest outside an Ottawa high school a day after a dress code 'blitz' singling out students for their wardrobes. (Natalie van Rooy/CTV News Ottawa)