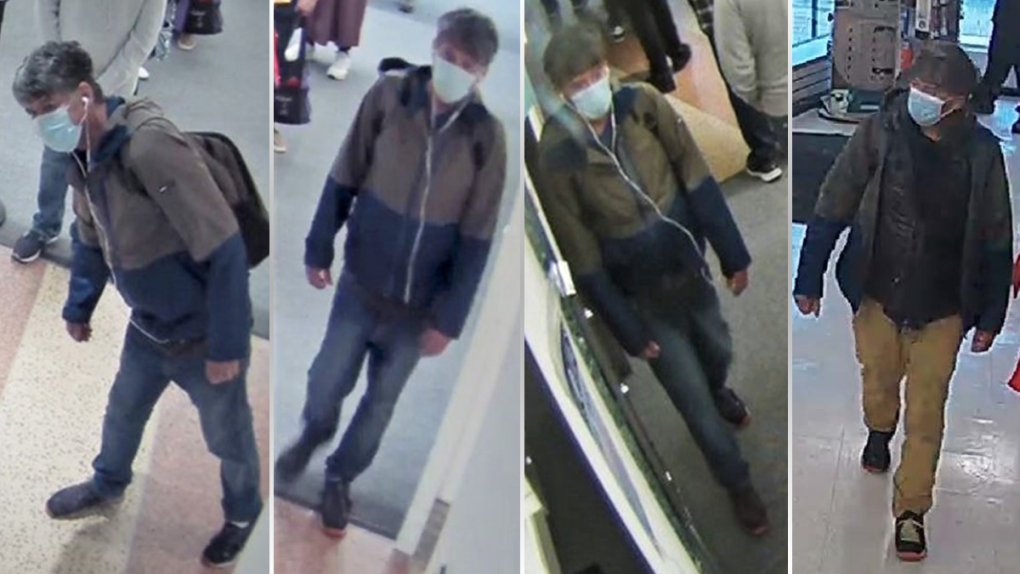 Ottawa police are searching for a suspect in connection to a sexual assault and stalking investigation this fall. (Photo courtesy: Ottawa Police Service)

Ottawa police are searching for a suspect in connection to a daytime sexual assault in Confederation Park this fall.

Police say at approximately 1:50 p.m. on Sept. 27, a woman was walking in the downtown park when she was sexually assaulted.

"She recognized the man as someone that had been following her for months prior," said police.

The suspect is described as a white man, between 40 and 50 years old, medium build, approximately 5'7", with medium length salt and pepper hair.

Police say that at the time of the assault, the suspect was wearing a blue and grey jacket, blue shoes with white laces and a blue and white COVID-19 half mask.

Anyone with information is asked to contact the Ottawa Police Central Investigations Unit at 613-236-1222, ext. 5166.