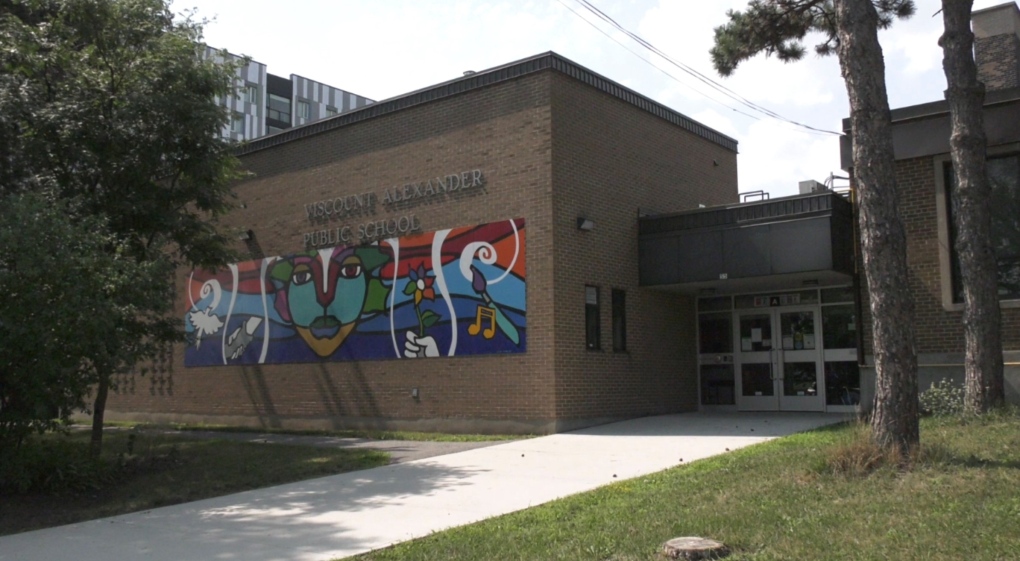 Students will return to class at VIscount Alexander Public School and other schools in Ottawa in six weeks. (Colton Praill/CTV News Ottawa)

OTTAWA -- On Tuesday, it will be exactly six weeks until school returns in Ontario.

It's just enough time for unvaccinated teachers to get both doses and gain the full effects of the COVID-19 vaccine before stepping foot into a classroom this fall, but what awaits them, and their students, is still far from clear.

“We need to know what kids will need at school, what teachers are going to do to protect the kids and protect the community,” Francis Giraso said.

A father of two kids, including a six-year-old daughter, Giraso is concerned that without a plan his children could lose another year of schooling.

“It is very scary because we don’t want, at all, for the kids to lose two years in a row. Especially kids that need to socialize and play together, and learn together,” he added.

Speaking at a multimillion dollar funding announcement for the Ottawa Hospital Monday, Premier Doug Ford promised Ontarians kids would be back in the classroom this September.

Ford added that Education Minister Stephen Lecce and the province’s Chief Medical Officer of Health Dr. Kieran Moore are creating what he called a “strong plan” for a return to school that would be out “very shortly.”

Still, some parents say that information should already be available

“For me, it’s not a good thing, the government is really supposed to take that urgently and think about kids and teachers and for the school so it’s very important,” said Widner Arist, the father of a five-year-old boy.

The wait comes as calls from the opposition grow to mandate vaccinations for teachers and healthcare workers.

The premier said he wouldn’t force people to get a vaccine but hopes uptake in the school system will be high.

“Minister Lecce will be speaking to the unions regarding that. I’m just hoping the vast majority, hopefully 100 per cent of all the teachers, are going to get vaccinated,” Ford said.

“It takes some leadership to stand up and say we need to do, get everyone on board, not enough to encourage people we know we have to do more than that,” John Fraser, the Liberal MPP for Ottawa South said.

Ontario’s Science Advisory Table has recommended a return to in-person learning this September in all but the most extreme cases. They are also advising mask usage in moderate or high-risk situations.