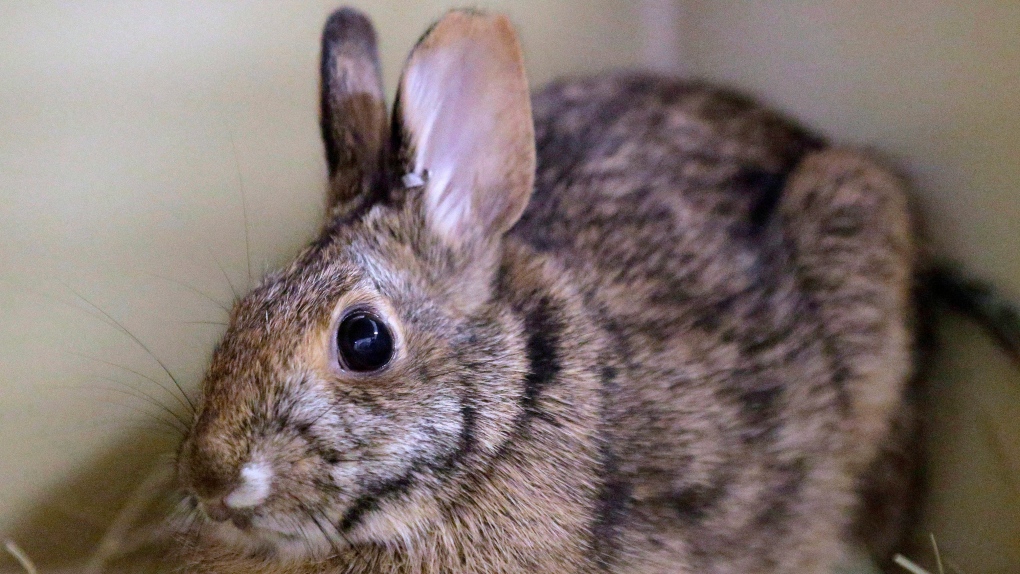 In this June 21, 2016 photo, a New England cottontail rabbit sits in a cage in Providence, R.I. (THE CANADIAN PRESS/AP-Steven Senne)

OTTAWA -- The Ottawa Humane Society is hoping you'll hop on over to adopt a new bunny, as it deals with what it calls a "rabbit crisis."

Close to 20 rabbits are waiting for adoption at the humane society.

"Shelters across Ontario — and even in other parts of North America — are seeing a growing bunny population with few homes willing to adopt the rabbits."

The humane society says one contributing factor to the exploding bunny population may be new rabbit owners are unaware that like cats and dogs, rabbits should be sterilized.

President Bruce Roney says every rabbit is spayed and neutered at the Ottawa Humane Society before it's adopted.

The Ottawa Humane Society never turns away an animal, but when the shelter population grows, intake may be delayed for a few days or several weeks.  The humane society says due to COVID-19 restrictions, a large number of rabbits are currently on the waitlist for adoption.

“I do worry that if we’re unable to immediately admit a rabbit, that the owner might consider something drastic like releasing their pet outside,” said Roney. “This is possibly the worst case scenario as that rabbit has gone from being safe in a home on a waitlist to be admitted to the OHS, to being in danger and in immediate need of shelter care.”

Visit the Ottawa Humane Society's website for information on adopting a rabbit from the OHS or becoming a foster volunteer.