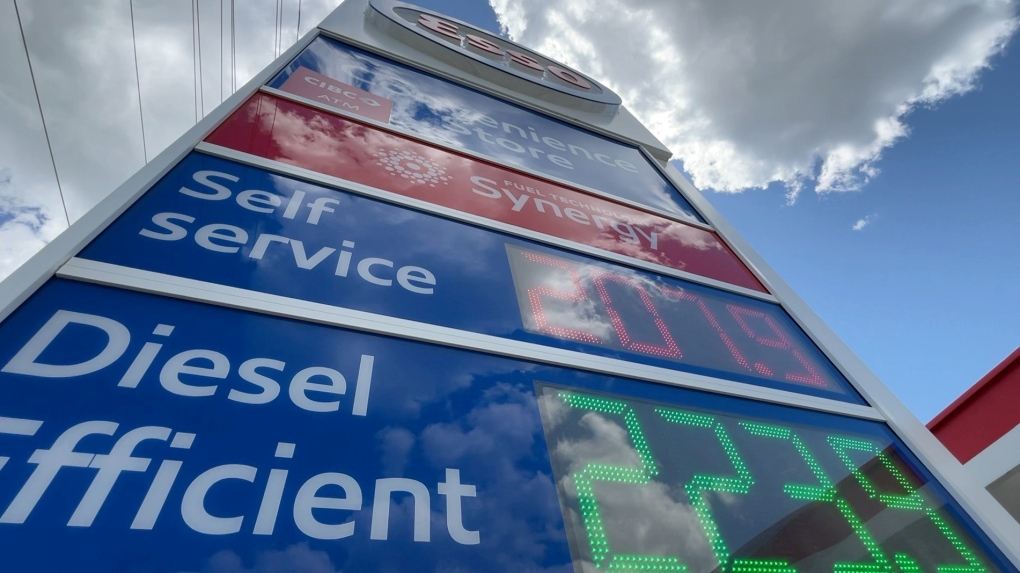 Ottawa gas prices were sitting at 207.9 cents a litre on Friday at some stations. Experts predict prices will continue to rise through the weekend. (Peter Szperling/CTV News Ottawa)

Residents of Ottawa and eastern Ontario checking their bank accounts Friday were surprised to see a payment from the Canada Revenue Agency.

For some, it was hundreds of dollars and it is the first payment of the federal government's carbon tax rebate.

"It's nice to have, helps pay for the groceries and driving the car around," said Ottawa resident Reg Woods, who’s rebate was directly deposited into his bank account.

The climate action incentive is a rebate payment on the carbon tax from the federal government paid to residents in four provinces. including Ontario.

The payment is based on the number of family members in your household.

The money will be paid on a quarterly basis as of this year, starting with a double payment in July to cover payments for April and July.

“And then I get another two payments of $139 dollars each over the next six months."

The federal government says it aims to make sure most households get more money back than they pay in tax but the Canadian Taxpayers Federation calls it magic math.

"Canadians do need relief from this inflation but the government is pulling a fast one on Canadians.  They'd save more money if the government just scraped it's carbon tax," said Franco Terrazzano, federal director of the Canadian Taxpayers Federation. "The parliamentary budget officer’s own numbers show that the carbon tax is going to cost more than the rebates."

The ford government spent $30 million to fight the federal carbon tax, but it lost the battle at the Supreme Court of Canada.

With inflation soaring, those getting the cheque say every bit helps.