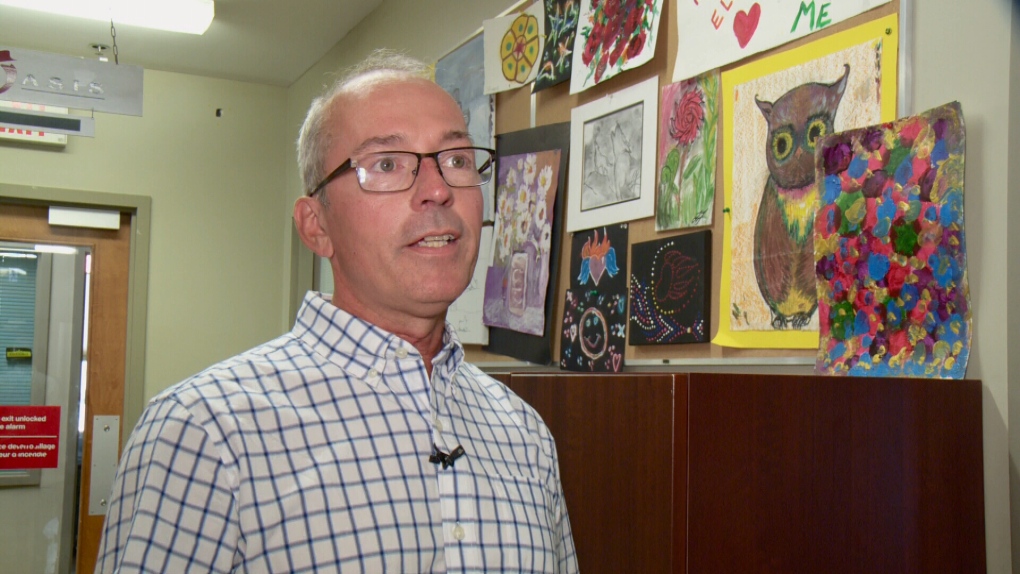 Opioid users in Ottawa are continuing to die in record numbers despite interventions like safe injection sites.

This as the state of Oklahoma wins a massive lawsuit against pharmaceutical giant Johnson and Johnson for creating the opioid crisis.

It's become a daily occurrence in Ottawa: paramedics rushing to yet another overdose from toxic street drugs that are constantly evolving, becoming deadlier all the time. There's yet another new drug now on our streets.

“It's causing different presentations,” says Rob Boyd, Oasis Project Manager with Sandy Hill Community Health Centre, “People who are going to sleep for hours; they are breathing but they are unarousable so it is a “benzo” overdose they're having.”The constant shift in this unregulated drug supply is wreaking havoc. Last year, according to Public Health Ontario, 82 people died in Ottawa from opioid overdoses.  That's up from 64 the year before; a jump of almost 30%.

“It's created real challenges in the system for us to manage what's happening to people,” says Boyd.

Supervised injection sites like the one at Shepherds of Good Hope are keeping people alive but it's increasingly difficult. The safe injection site at the Sandy Hill Community Health Centre for instance did 54 opioid overdose interventions in 2018.  This year they did that many in just the month of June. “We have seen a significant increase in opioid intervention here,” says Boyd. Despite an increase in access to treatment, to Naloxone, to intervention, overdose deaths keep going up, Boyd says mainly because the drug supply keeps changing and people have no idea what they're getting.

And many lay blame at the feet of pharmaceutical companies like Johnson & Johnson, now charged with paying a half billion dollars to the state of Oklahoma for contributing to the opioid crisis.

“The company used pseudo-science that downplayed the risk of opioids,” Mike Hunter, the Attorney General of Oklahoma said at a news conference Monday.

It's one of more than 2000 cases against the company across the U.S.  And lawmakers in Canada are aggressively eyeing legal action here as well.David Eby is the Attorney General of B.C., “As Attorney General, I can say that I am heartened that we are headed in right direction, with other Attorneys General across Canada in bringing forward this litigation on behalf of British Columbia and all Canadians about conduct of these drug companies.”

Rob Boyd says pharmaceutical companies are part of the problem; he hopes they'll also be part of the solution.

“I think unfortunately that part of the solution back out of crisis that we’re in right out with respect to the unregulated market is to get access to pharmaceutical grade drugs. I think we have to go back through that process to get back to some stability so I think that part of the solution might be to have these companies provide some of these pharmacological agents pro bono for the community so that way, we can have access to these medications and these companies won’t profit again from the solution to the problem they helped create.”

This Friday marks International Overdose Awareness Day.  The event is held in Ottawa at the Human Rights Monument on Elgin.  Every year organizers lay out pairs of shoes to symbolize how many people have died from overdoses here.   This year there will be 82 pairs of shoes.