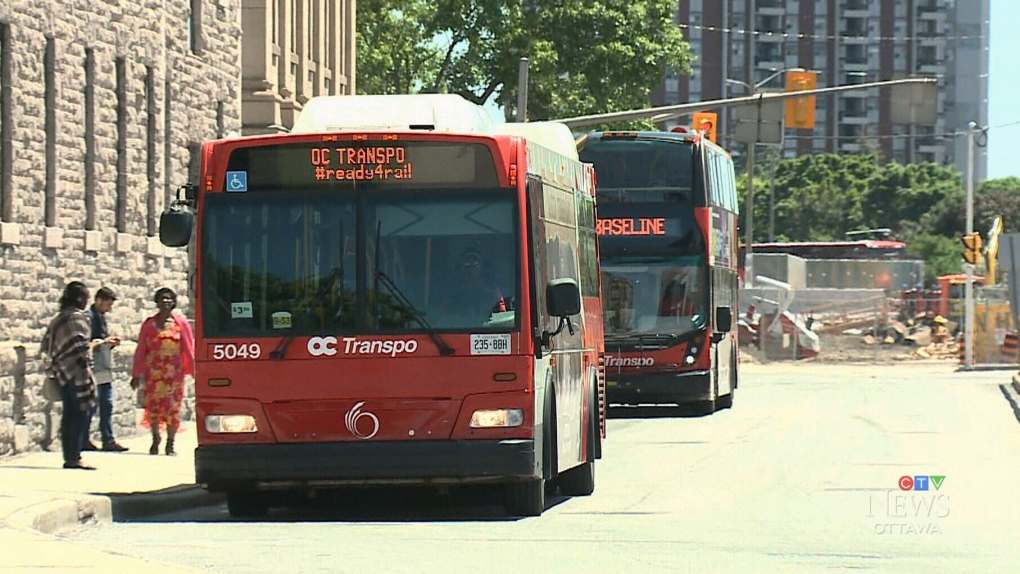 Starting Oct. 6, three weeks after the launch of the Confederation Line, major changes are coming to OC Transpo.

A total of 86 routes will change in some way. The most significant changes will be made to routes that run through the downtown core, as the Confederation Line is meant to get buses out of downtown.

Some routes will be split up, some will be combined into other routes, and many routes in total will get new numbers.

53 routes will remain the same as they are now.

A full list of changes can be found here.

In general, downtown routes will stop at either Tunney’s Pasture in the west end or Blair in the east end.

Some buses will continue to run in the downtown area, particularly overnight. For example: the Route 95 bus, which runs from Barrhaven to Place d’Orléans, is being split into two routes on Oct. 6: the 75 from Barrhaven to Tunney’s and the 39 from Orléans to Blair. However, the Confederation Line does not run between 1:00 a.m. and 5:00 a.m., so those two new routes will take riders to Rideau St. during those overnight hours.

Buses to Gatineau are also changing. The traditional route to Gatineau, the 44, will now end at Hurdman Station. Riders will take the 85 during all time periods, or the 61, 63, 66, and 75 during peak periods. The 44 from Gatineau to Ottawa will be replaced by routes 15 and 17 that connect with the Lyon LRT Station.

“When this change comes I’ll have to take three buses and a train,” said Nancy Borgan who uses transit to visit her mother downtown three to four times a week.

“Right now it’s an hour and a half so I don’t know if it’ll be longer or shorter but it’ll mean that I have to get off and transfer more often and that’s not very convenient.”

Some riders are also considering other options.

“I’m hoping to get a car instead to make that easier instead of having to bus,” says Ashley Cote.

The Confederation Line opens to the public Sept. 14, but the current bus service will run parallel to the LRT for three weeks.